Horizon In The Middle Of Nowhere | Series Collection 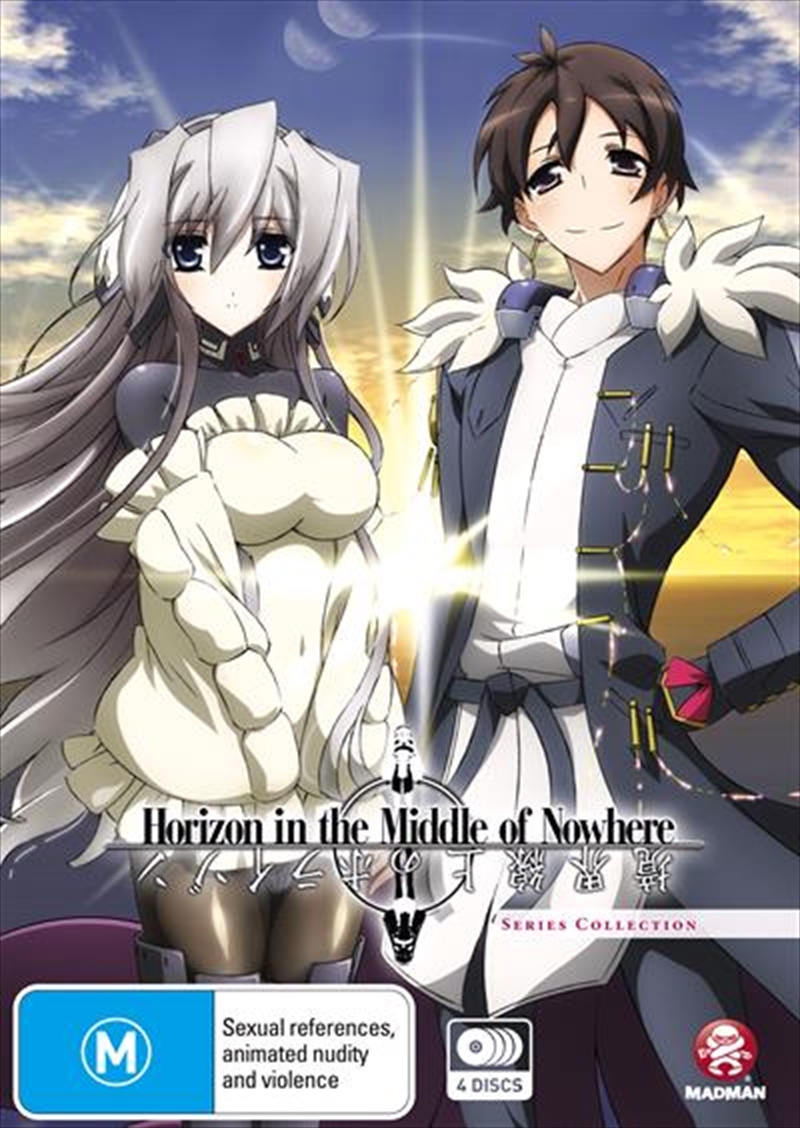 Horizon In The Middle Of Nowhere | Series Collection

Check store availability
DESCRIPTION
They haven't forgotten the past, they're just repeating it!

When humans came down from the sky they brought with them the Testament, the guide to the path they must follow if they wish to return to the skies again. In a world where only the islands of Japan are inhabitable, the nations of the world vie for power and protect the portions of Japan that they have claimed. But the Testament ends abruptly - can Tori and the students aboard the Musashi affect the course of destiny?
TRAILER
DETAILS

Title: Horizon In The Middle Of Nowhere | Series Collection