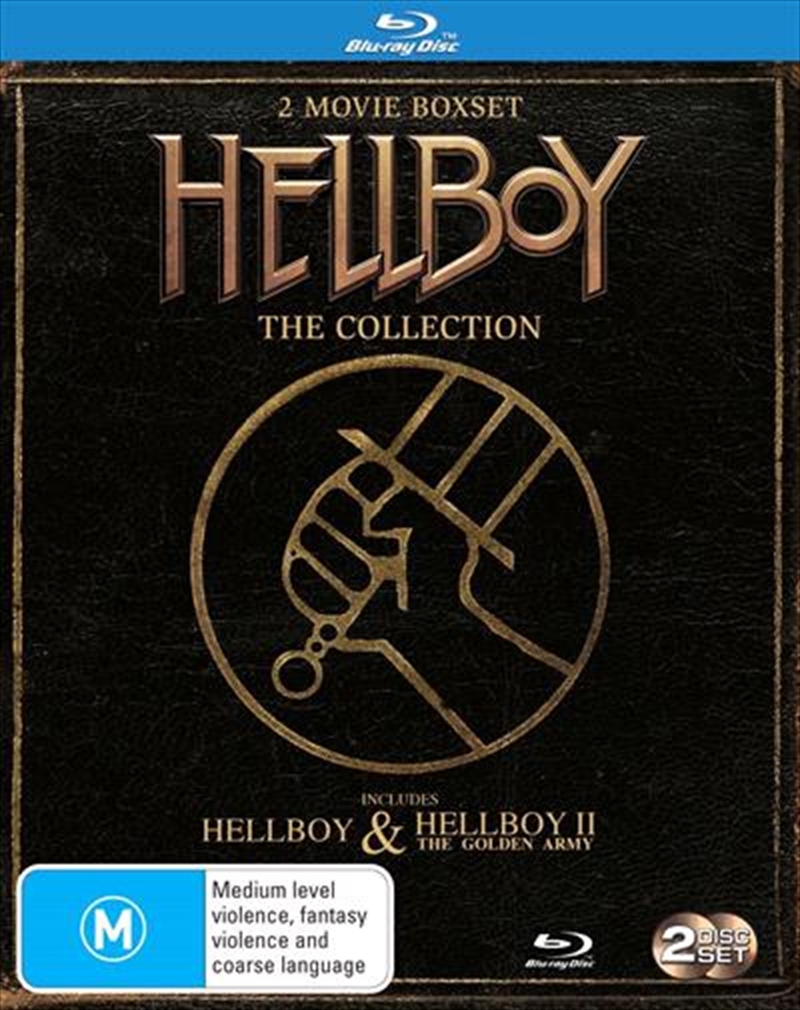 Hellboy (Ron Perlman) isn't your average hero. Hell, he isn't even your average superhero! Brought forth by the Nazi's during a sacred ritual towards the end of World War II. Our hero was summoned by accident when the evil monk of Russian history/folklore, Grigori Rasputin was meddling with forces that lead to his undoing. With the twisted and evil monster trapped for another sixty years when things don't go as planned after US soldiers heroicly intervened, Hellboy is raised by Professor Trevor "Broom" Brutten Holm (John Hurt), an expert in the occult. Our demonic hero is initiated in to the Bureau of paranormal research were he joins the amphibious, kind hearted, and clever fellow "Freak", Abe Sapien (voiced by David Hyde Pierce). When Rasputin returns once again with the aid of his minions the maniacal, undead assassin Kroenen (Ladislav Beran) and the monks faithful lover Ilsa (Biddy Hodson), Hellboy must unwillingly pair up with John Myers,(Rupert Evans) an idealistic, naive new agent of the Bureau. Not only that, but the big hunk of an evil basher becomes entangled in a love triangle with the pyro-telekinetic love of his life Liz (Selma Blair) and his new comrade.Synopsis - Hellboy II: The Golden Army (2008) From within the ranks of the Bureau of Paranormal Research and Development, Hellboy (Perlman) must assemble a super-team to fight an other-worldly threat which threatens to eradicate life as we know it.
TRAILER
DETAILS