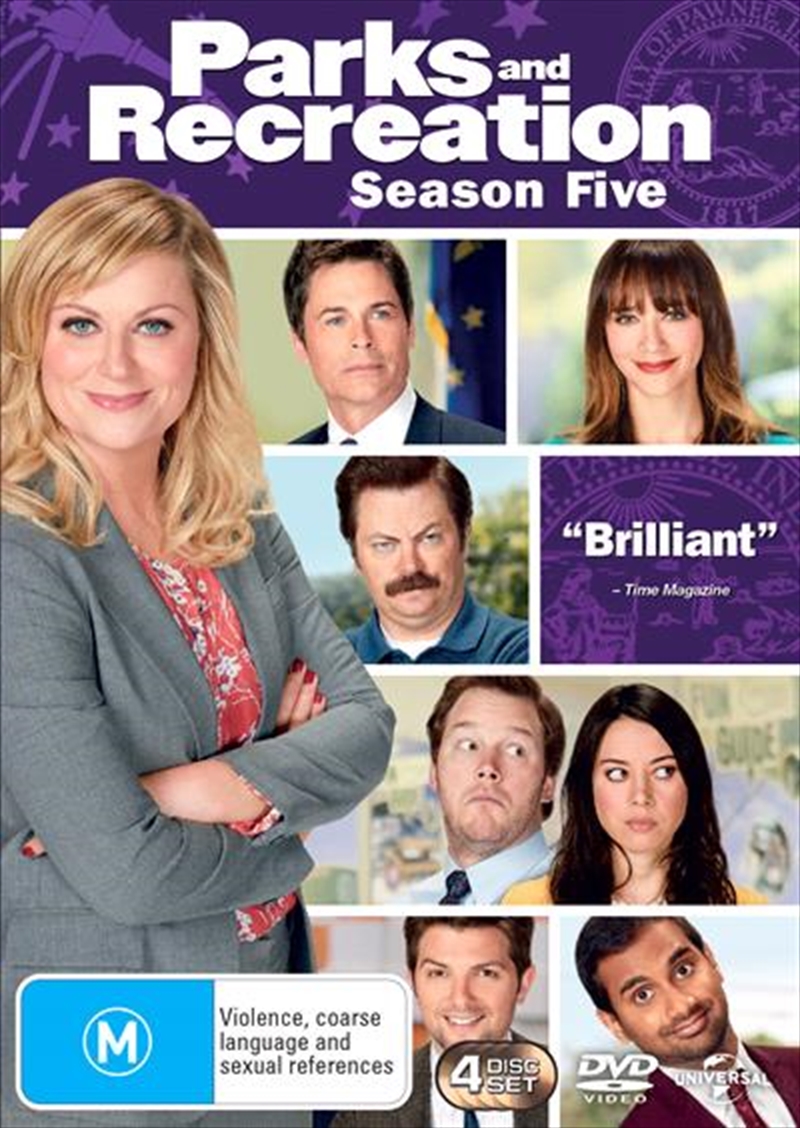 Shipping - See delivery options.
Postcode:
Quantity:
SEE MORE IN:
Parks And Recreation Movies & TV Clearance TV Clearance Sale Movies & TV Under $10
DESCRIPTION
Big changes are ahead for newly elected City Councilwoman Leslie Knope (Primetime Emmy nominee Amy Poehler, Saturday Night Live) in the outrageous fifth season of Parks and Recreation. Leslie learns that city politics is nothing like the Parks department as she tackles issues such as saving a local mini-golf park and fixing Pawnees quaint but ridiculously outdated laws. And life outside the office is just as wild, as she and Ben (Adam Scott, Step Brothers) try to plan their wedding amidst the usual chaos of their friends lives.
DETAILS