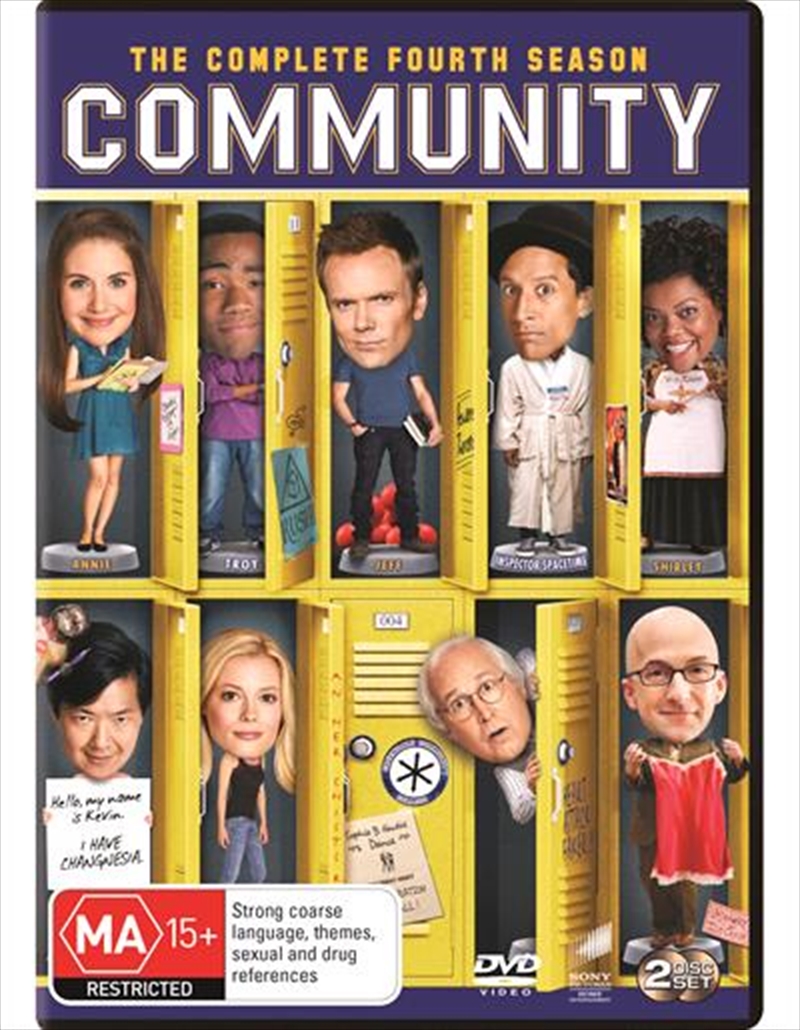 Shipping - See delivery options.
Postcode:
Quantity:
SEE MORE IN:
3 for $40 TV
DESCRIPTION
Entering their epic senior year at Greendale Community College, these people aren't just a study group, they're family! They'll have to be, if they hope to survive a comedy-crammed year with everything from an alienating sci-fi convention, a German re-invasion and a Thanksgiving dinner from hell, to a hostage taking Christmas, a life-changing father/son reunion and even an epic transformation into puppets! In its wildly inventive fourth season, this phenomenal comedy hits an incredibly hilarious, new level! Prepare to Pop! Pop! with laughter.
DETAILS