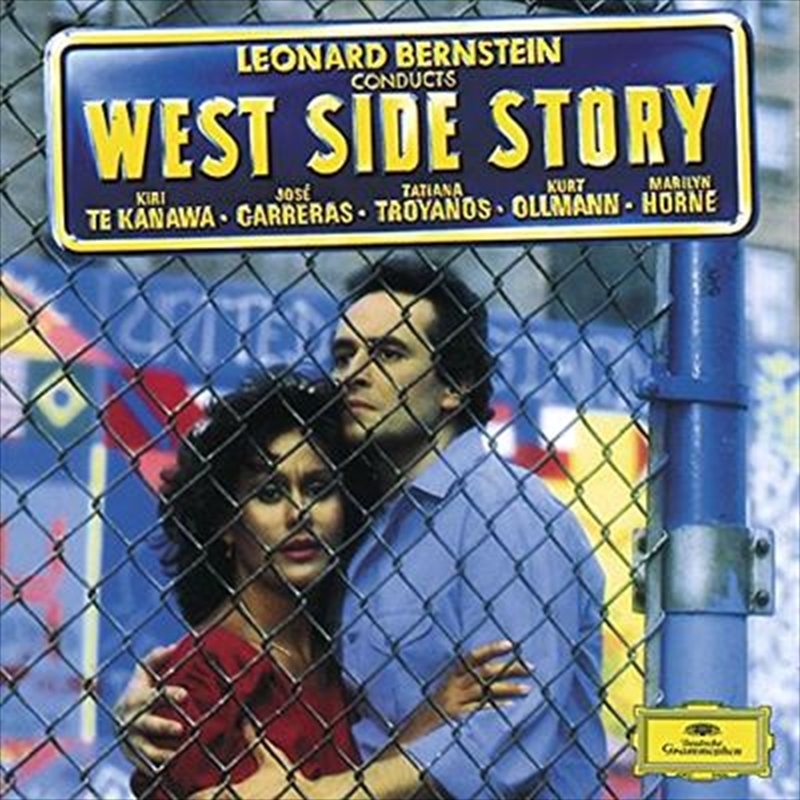 Deutsche Grammophon's recording of West Side Story, made in New York  in September 1984,  represents Bernstein's final vision for his great  American  musical.

This wasn't a typical 'cast  recording:' everybody was recruited especially for the job and moulded, literally overnight, into a musical team.

It was, to say the least, a highly unlikely cast for what was basically a Broadway show, but asthis was not a staged production, the rather  unorthodox step of casting world-class opera singers was taken to bring out the musical strengths of Bernstein's inspiration: "I suppose the only foreseeable problem was that they might sound too old -but they don't, they just sound marvellous!" Bernstein was to recount.

For Bernstein, who had never conducted the work before, it was an opportunity to explore the work as he had  envisioned it, unrestricted by the medium of the LP or the size of the orchestra pit or the dramatic staging of the work: For the recording, the potpourri overture which was originally used in the theatre and which Bernstein himself did not write was discarded, the string section was enlarged, and the woodwind section expanded, and Bernstein allowed himself to take the tempos "as I really dreamed it."

The Dance At The Gym - Blues

The Dance At The Gym - Promenade

The Dance At The Gym - Mambo

The Dance At The Gym - Cha-Cha

The Dance At The Gym - Meeting Scene

The Dance At The Gym - Jump

One Hand, One Heart

I Have A Love