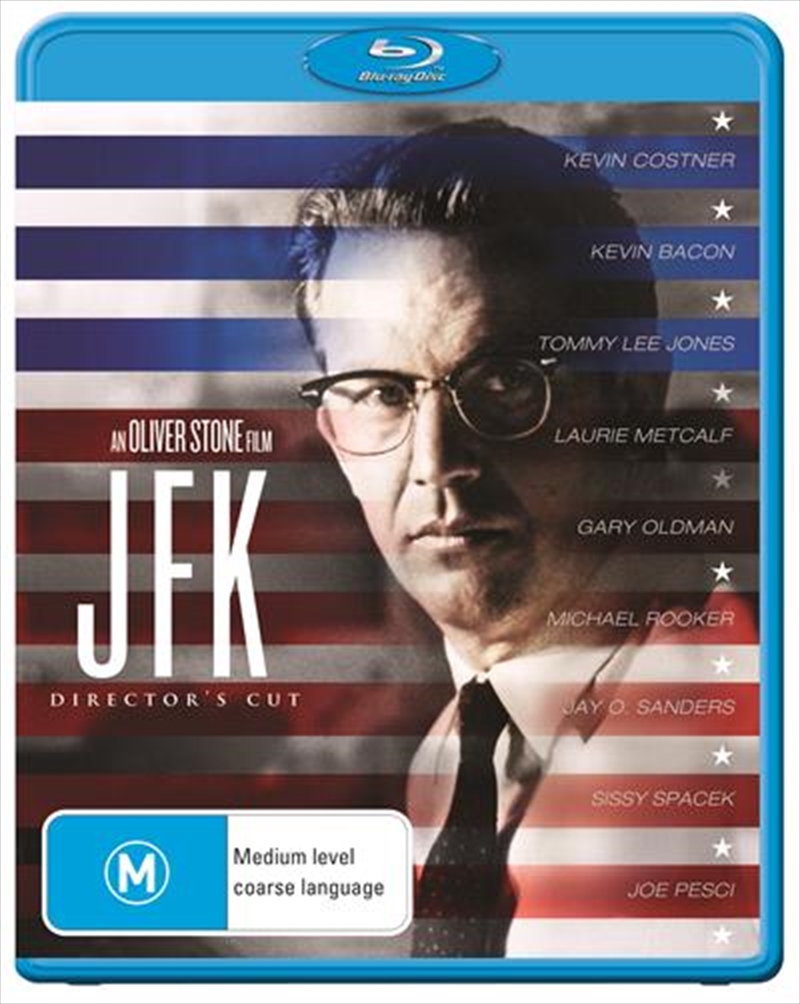 Shipping - See delivery options.
Postcode:
Quantity:
SEE MORE IN:
3 for $30 Movies & More
DESCRIPTION
On 22 November 1963, President John F. Kennedy was assassinated in Dallas, Texas. Did Lee Harvey Oswald really kill the President or was there a conspiracy to assassinate involving the CIA? This film is based on several theories which are outlined in the books 'On The Trail Of The Assassins' by Jim Garrison and 'Crossfire - The Plot That Killed Kennedy' by Jim Marrs. See 'JFK - Special Edition Director's Cut'.
TRAILER
DETAILS