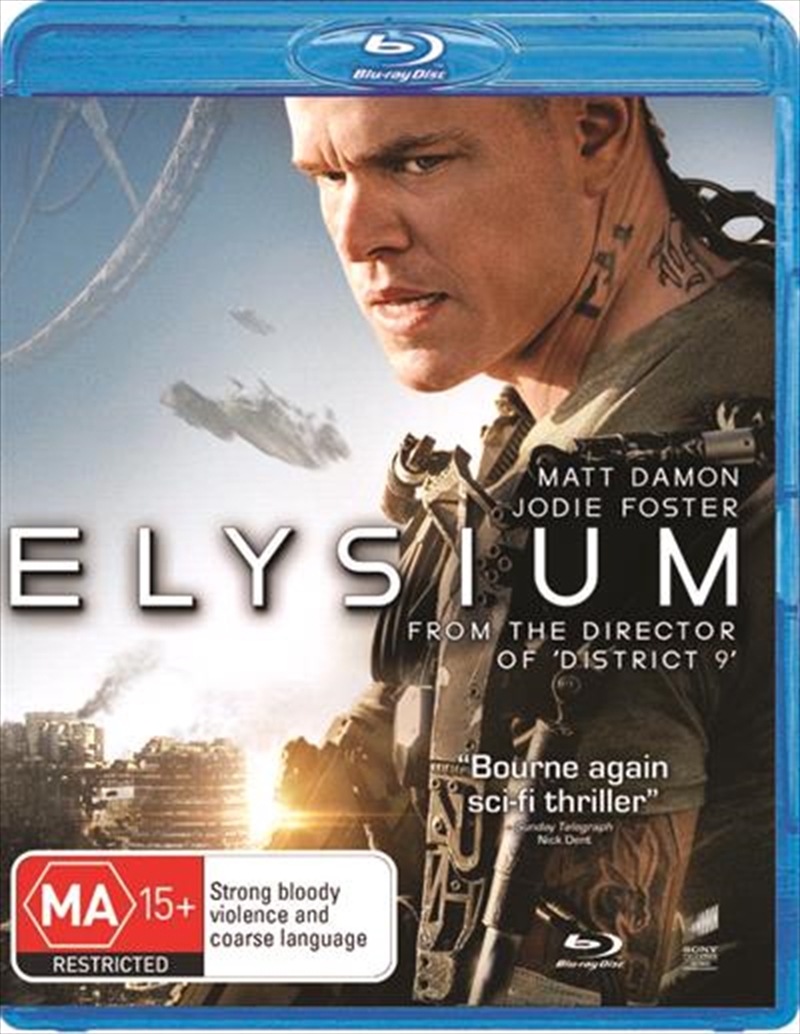 In the year 2154 two classes of people exist: the very wealthy who live on a pristine man-made space station called Elysium, and the rest, who live on an overpopulated, ruined Earth. Secretary Delacourt, a government official, will stop at nothing to enforce anti-immigration laws and preserve the luxurious lifestyle of the citizens of Elysium. That doesn't stop the people of Earth from trying to get in, by any means they can. When unlucky Max is backed into a corner, he agrees to take on a daunting mission that if successful will not only save his life, but could bring equality to these polarized worlds.
TRAILER
DETAILS

Collaboration: Crafting the Performances in Elysium

Engineering Utopia: Creating a Society in the Sky

The Journey to Elysium:

In Support of Story: The Visual Effects of Elysium