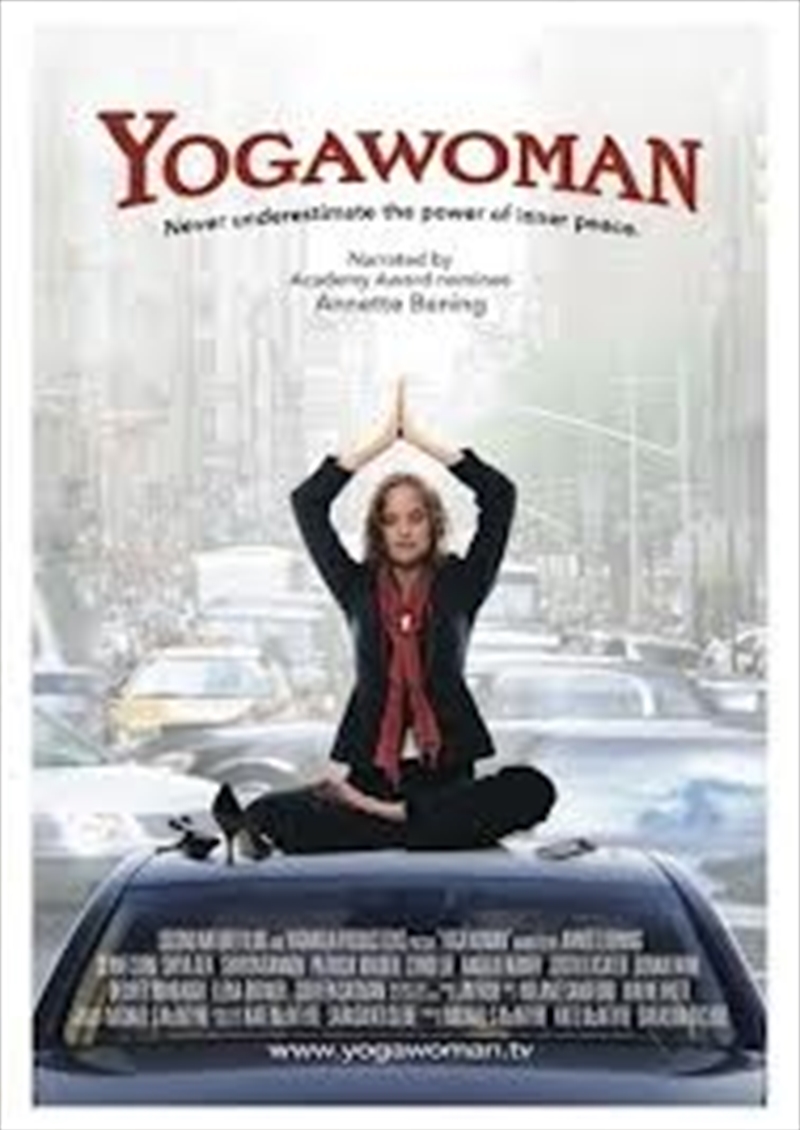 DESCRIPTION
We think we know everything about the yoga world because of an abundance of classes at the gym and stores like LuluLemon, but likely you don't know the half of it. Yoga has a deep seeded history that the mainstream yoga following may not be aware of which is why everyone should watch the latest film YOGAWOMAN, a documentary written and directed by sisters Kate Clere McIntyre and Saraswati Clere and narrated by actor Annette Bening, a longtime Iyengar student. This film is yogini fountain of information, inspiration and movement that explores how women have changed yoga and yoga has changed the lives of so many women. Did you know that traditionally women were not invited to yoga? For a millennia yoga was a practice that was only meant for men because the belief in India was that women were an obstacle on the path to enlightenment. Hard to believe that now over 2 million people are practicing yoga in the U.S. alone and 85% of them are women. The movie brilliantly illustrates how yoga has impacted women around the globe physically, emotionally and spiritually and why yoga is a practice that has revolutionary benefits. YOGAWOMAN shows what is so special about yoga as it takes you through a global journey with rich personal stories on the evolution of yoga and all it has to offer to women. It is the first film of its kind to bring together yoga's most incredible female role models from Cincinnati to Germany some of which include Seane Corne, Tari Prinster, Patricia Walden, Cyndi Lee, Donna Farhi and Angela Farmer. Here are some moving quotes from the yoga influencers that were particularly moving: "Yoga doesn't care how many times you fall down; it cares about how many times you get back up. If you get back up, you're doing it perfectly." "Very little in life brings you to notice how you are really feeling in a moment." "Yoga helps you to cut through your drama." "Yoga brings about amazing things. You shift your identity towards happiness, towards joy, towards wholeness." Many of us, myself included, start attending yoga for all of the wrong reasons and take for granted what it can do for the woman body later to discover that there is much more to the ancient practice than meets the mainstream eye. A prominent theme in YOGAWOMAN is to remind us that women are in a health crisis and constantly battling dieting, multi-tasking, being everything for everyone and being overwhelmed with images of perfection. In fact, over 9% of American woman dissatisfied with their appearance. Yoga can help conquer some of these issues that are specific to women health issues with its tangible benefits of stress relief, letting go of overstimulated energy and creating mental clarity. And that is just touching on all it can do. Yoga is truly there for you for whatever you need it for. Though the pace of the film is a bit frantic because of all the topics it tries to cover, any woman will get excited about the information shared from yoga lovers. The narrative runs through the female life cycle by covering the benefits of yoga for pregnant women, young girls, troubled teens, diseases and even to prepare for death. The message at the end of the film is that the :new" yoga replaces previous male-centred styles that can work wonders for family, flow, community and the cyclical nature of women's lives. You don't have to spend a considerable amount of time in downward dog to enjoy this movie. The next time you are questioning what should be on the agenda for a Girl's Night In grab your friend, sister, daughter or co-worker to join you in the new yoga movement."