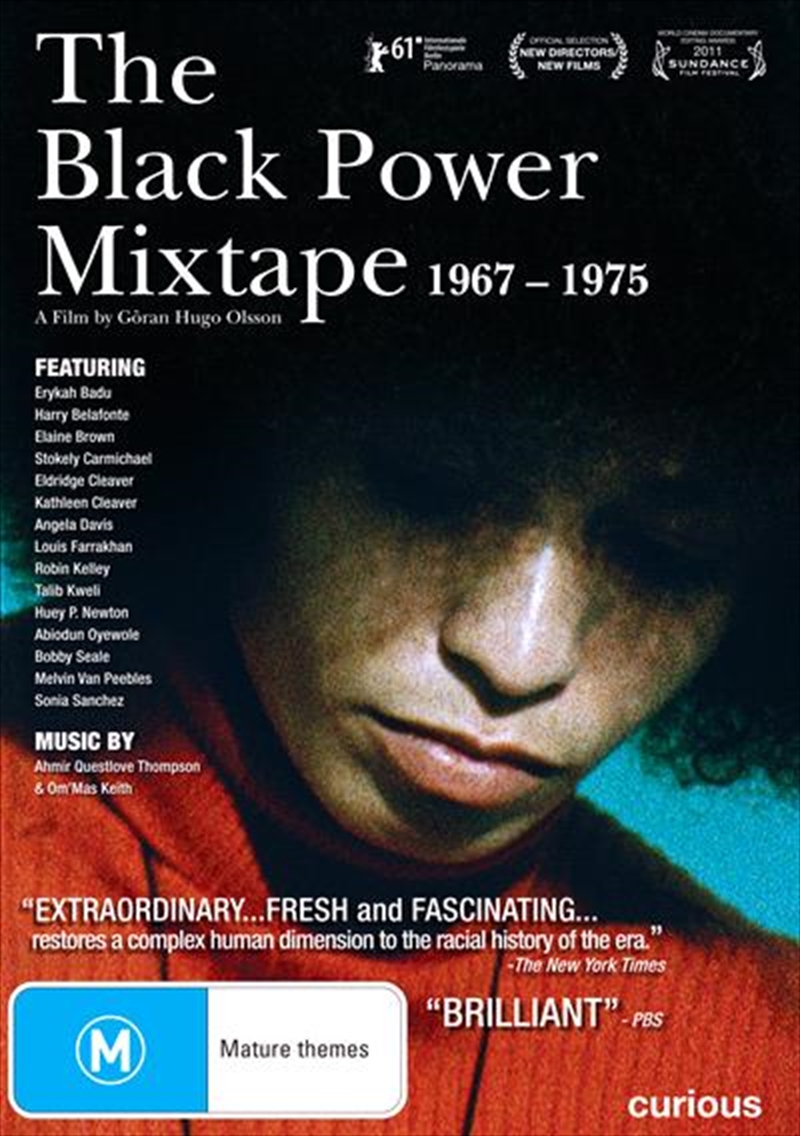 DESCRIPTION
During the rise of the Black Power Movement in the 60's and 70's, Swedish Television journalists documented the unfolding cultural revolution for their audience back home, having been granted unprecedented access to prominent leaders such as Angela Davis, Stokely Carmichael, and Black Panther founders Huey P Newton and Bobby Seale. Now, after more than 30 years in storage, this rarely seen footage spanning nearly a decade of Black Power is finally available. Director, Goran Hugo Olsson presents this mixtape, highlighting the key figures and events in the movement, as seen in a light completely different from the narrative of the American media at the time. Talib Kweli, Erykah Badu, Abiodun Oyewole, John Forte and Robin Kelley are among the many important voices providing commentary, adding modern prosepective to this essential time capsule of African-American history.
DETAILS