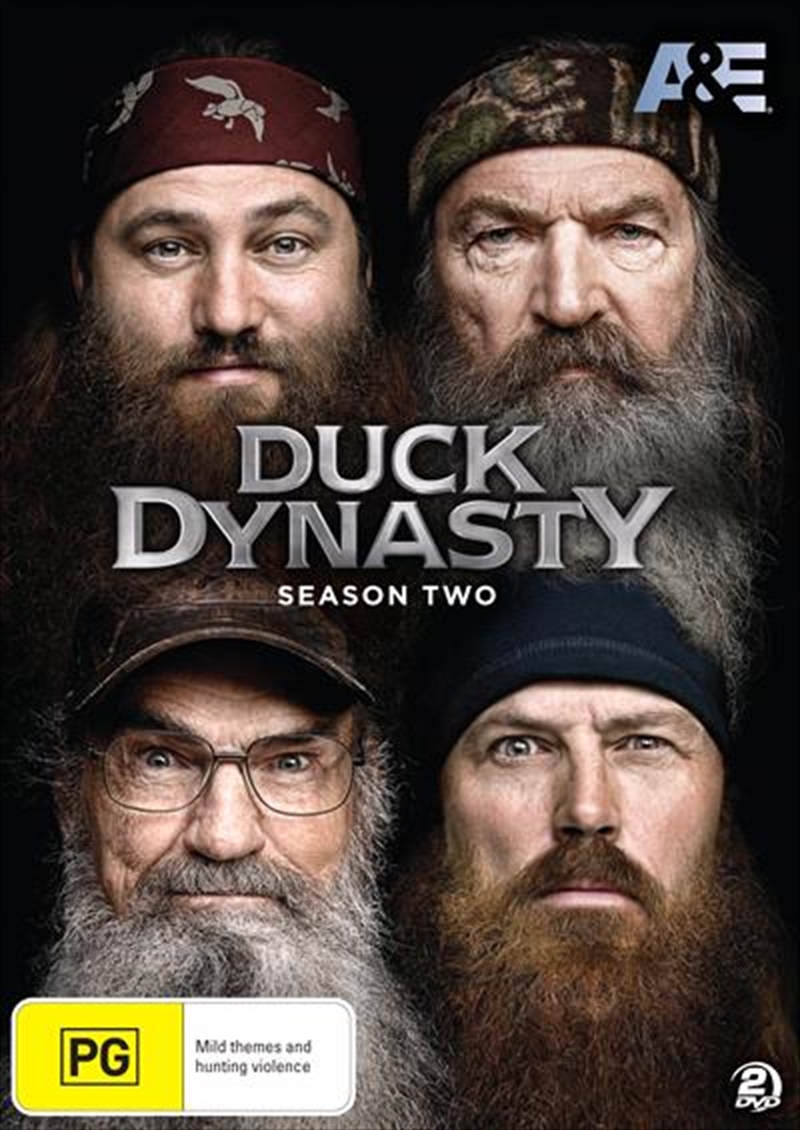 In SEASON 2 of the hit series DUCK DYNASTY, Louisianas favourite bearded, camouflage-clad millionaires continue to live out the American dream while staying true to their rugged outdoor lifestyle and Southern roots. The Robertson clan may have built an empire out of a humble backyard duck whistle business, but for CEO Willie, running a family operation is tough when all your employees would rather be anywhere than the production warehouse. Life goes on in the bayou, but nothing is average when youre a Robertson. In this hilarious season, the boys are challenged by an old nemesis to a ride-on lawnmower race; the Duck Commander workers go on strike in response to Willies motivational tactics, and the Robertsons get together for a very Redneck Christmas special.
DETAILS