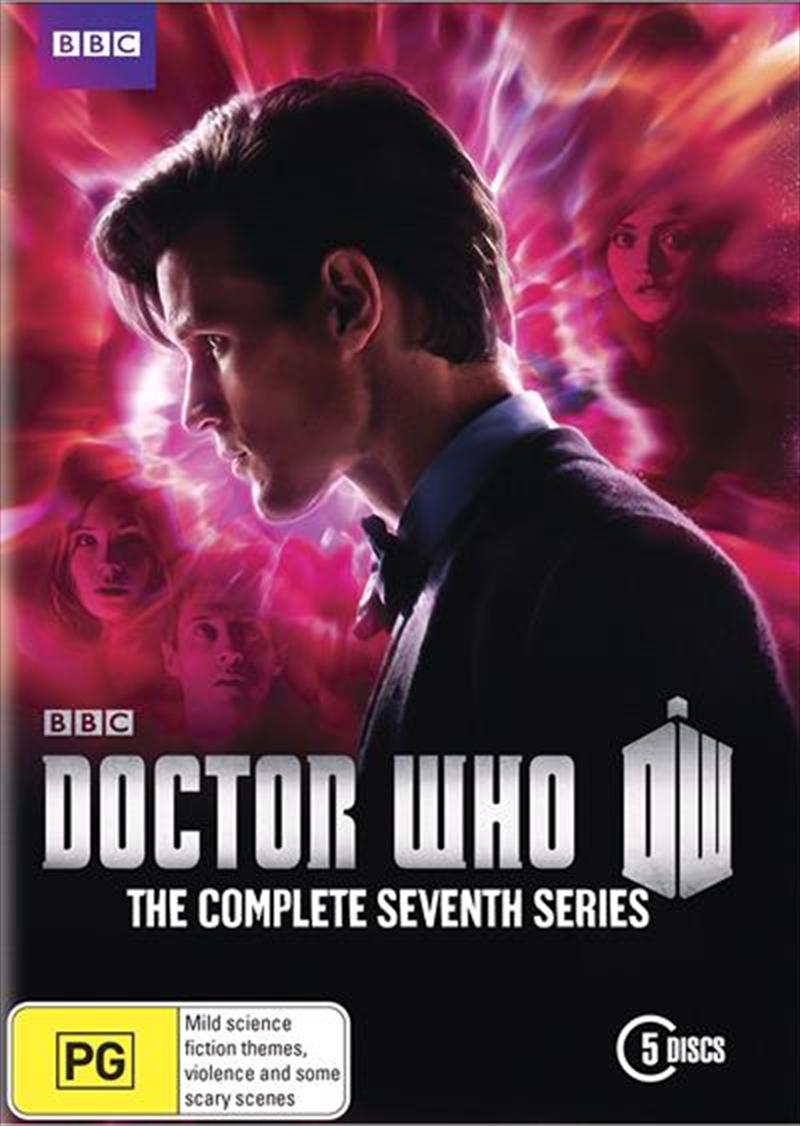 Shipping - See delivery options.
Postcode:
Quantity:
SEE MORE IN:
Doctor Who - All The DVDs & Merch
&lt;H3&gt; Doctor Who Series 7 DVD - On Sale Now With Fast Shipping&lt;H3&gt;
Matt Smith returns for his third series as the Eleventh Doctor. Fourteen big, blockbuster-movie episodes, each a brand new and epic adventure featuring new monsters and some familiar foes as they've never been seen before. The first half of the series chronicles the last days of the Ponds with Amy and Rory returning for their final, roller coaster voyage with the Doctor. They investigate an unexpected invasion of Earth, save a spaceship full of dinosaurs, don Stetsons in the wild, Wild West and are kidnapped by the Doctor's oldest foes and sent to the Dalek Asylum. But when they arrive in Manhattan, the Weeping Angels are waiting for them and a race against time begins as Amy and Rory?s lives hang in the balance. With an empty TARDIS, the Doctor retreats to the clouds over Victorian London, until a young Governess befriends him and draws him back into a life of adventure. But the Doctor realises too late that he's already met - and lost - a girl just like her in the Dalek Asylum. The second half of the series commences as the Doctor seeks out the twice lost, Impossible Girl called Clara Oswald. Together they find themselves evading creatures in the WiFi, battling monsters on distant alien planets, trapped in a Russian submarine with a deadly passenger, chasing terrifying ghosts, delving into the heart of the TARDIS, facing the Crimson Horror in Victorian Yorkshire, and coming face to face with an army of upgraded Cybermen. The mystery of the Impossible Girl and the Doctor's oldest secret both threaten to be revealed as the world's longest running science fiction series builds toward its explosive 50th anniversary.