Art Of The Prima Ballerina 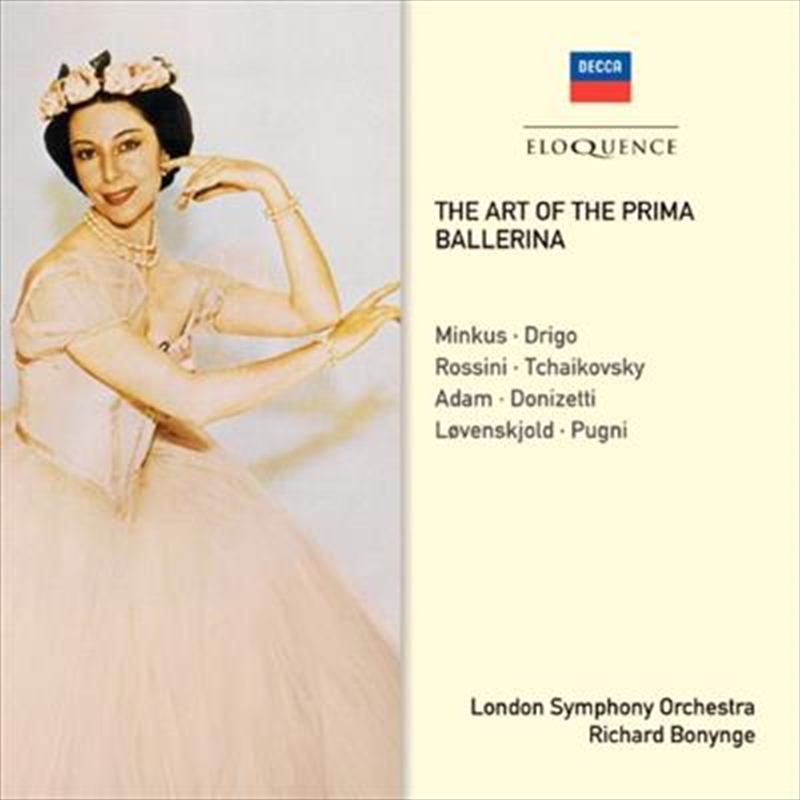 Art Of The Prima Ballerina

Shipping - See delivery options.
Postcode:
Quantity:
SEE MORE IN:
2 for $40 Music All 2 for $40
DESCRIPTION
While Richard Bonynge has long been associated with opera, particularly with that of the Bel Canto age, he has been one of the most active revivers and conductors of ballet in the 20th and 21st centuries. His recordings of the major Romantic classical ballet scores have been critically acclaimed, but he has also been responsible for making – often – the single recording of many ballet masterpieces that disappeared from view, and in doing so, showing just how worthy was their revival. There were three classic ballet ‘bon-bon’ LPs he recorded in the 1960's – Homage to Pavlova, Pas de deux and The Art of the Prima Ballerina. All are now reissued on Decca Eloquence.

The Art of the Prima Ballerina, a lavish 2-LP set, here appears as per the original LP coupling, with illustrations and detailed notes. The album was conceived with one of the reigning prima ballerinas of the 20th century, Dame Alicia Markova, with whom Richard Bonynge collaborated extensively on the creation of this set. Markova also attended some of the recording sessions. Including moments from all three Tchaikovsky ballets, as well as the celebrated music for Giselle, the set focuses, however, largely on forgotten ballet scenes and moments by Pugni, Drigo, Donizetti and Minkus, as well as an anonymous Bolero.

Title: Art Of The Prima Ballerina