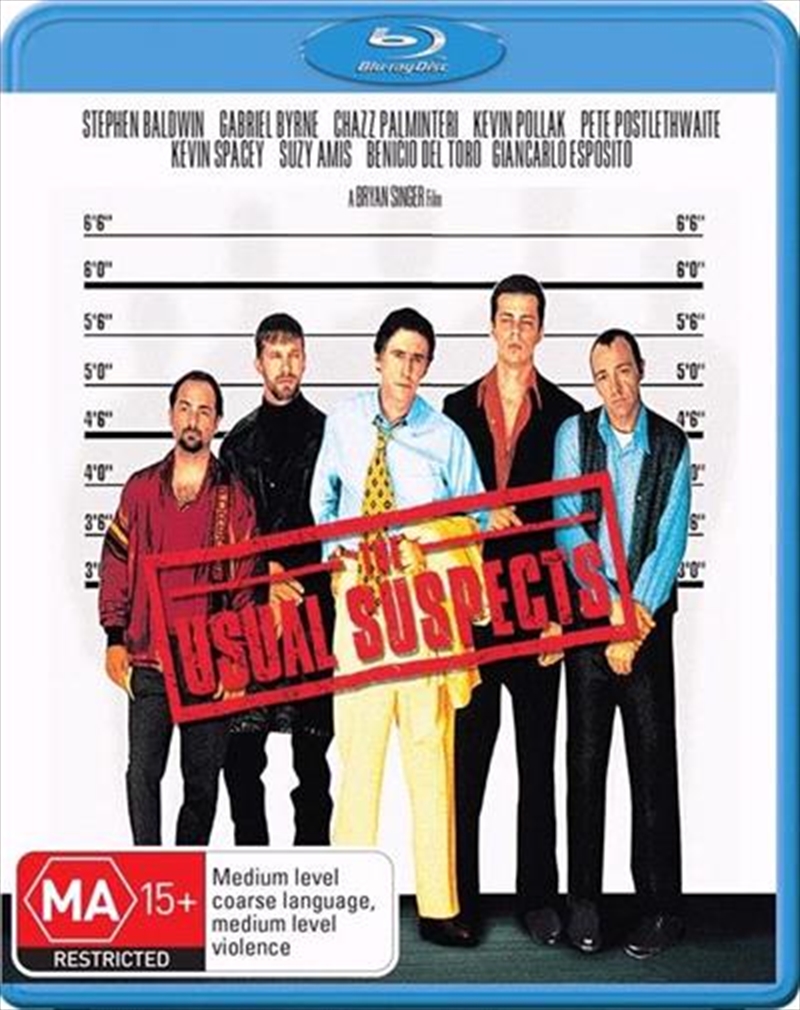 Shipping - See delivery options.
Postcode:
Quantity:
SEE MORE IN:
3 for $20 Movies & More
DESCRIPTION
After an explosion on a ship, Verbal (Kevin Spacey), a first-hand witness, tells a detective the story of events leading up to the destructive fire. The tale begins with five men being pulled into a police line-up. Then, they're questioned about a truck that had recently been hijacked. These are your 'usual suspects'. Least pleased to be there is Keaton (Gabriel Byrne), a corrupt cop who's already gone through the shame of being exposed and indicted, but now is desperately trying to go straight. However, he's made a name for himself with the police and they won't stop hounding him. As the group waits for their lawyers to post bail, Keaton is seductively talked into doing one final 'job' with the other four.
All goes well until the iconic and seemingly all-powerful "Keyser Soze" joins the scene. Just a mention of this man's name brings fear into the most courageous of souls. It is said that when his enemies threatened to kill his wife and children if he didn't surrender his business to them, rather than give in to their demands he murdered his loved ones himself. Gangsters, suspense, a twisting plotline and a whole lot of murder await those who are willing to face "Keyser Soze".
TRAILER
DETAILS