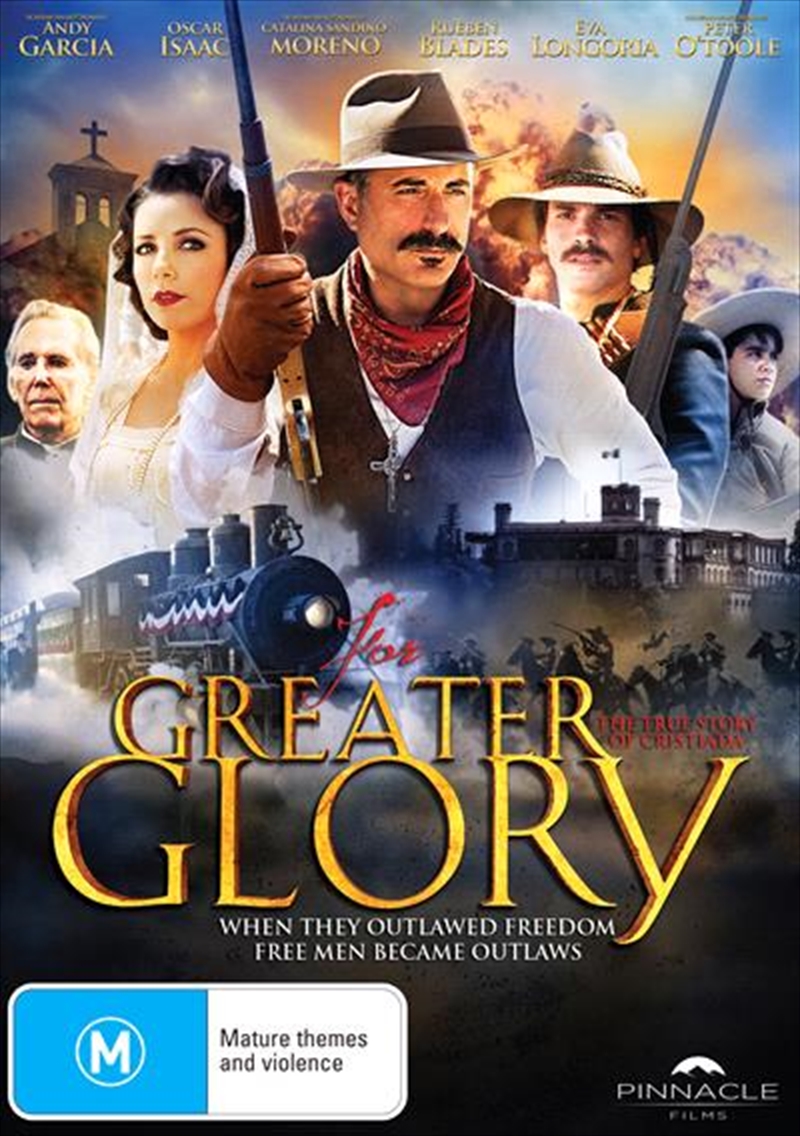 It is Mexico, 1926. A bitter and bloody feud between the persecuted Roman Catholic population, and a tyrannical Mexican government, has erupted into a full-scale armed struggle known as the Cristero War, which will claim over 90,000 lives and change the course of North American history forever. When government troops destroy churches, assassinate priests and their hang bodies along railroad tracks, an army of ordinary citizens join forces under the leadership of one man - the charismatic and defiant Enrique Gorostieta (Andy Garcia-5 Days of War). Together, they will risk everything for family, faith and the future of the Mexican nation. Also starring Peter OToole, Eva Langoria, Rueben Blades and Oscar Isaac, FOR GREATER GLORY is the heroic true story of one of the most epic battles of the 20th century.
TRAILER
DETAILS