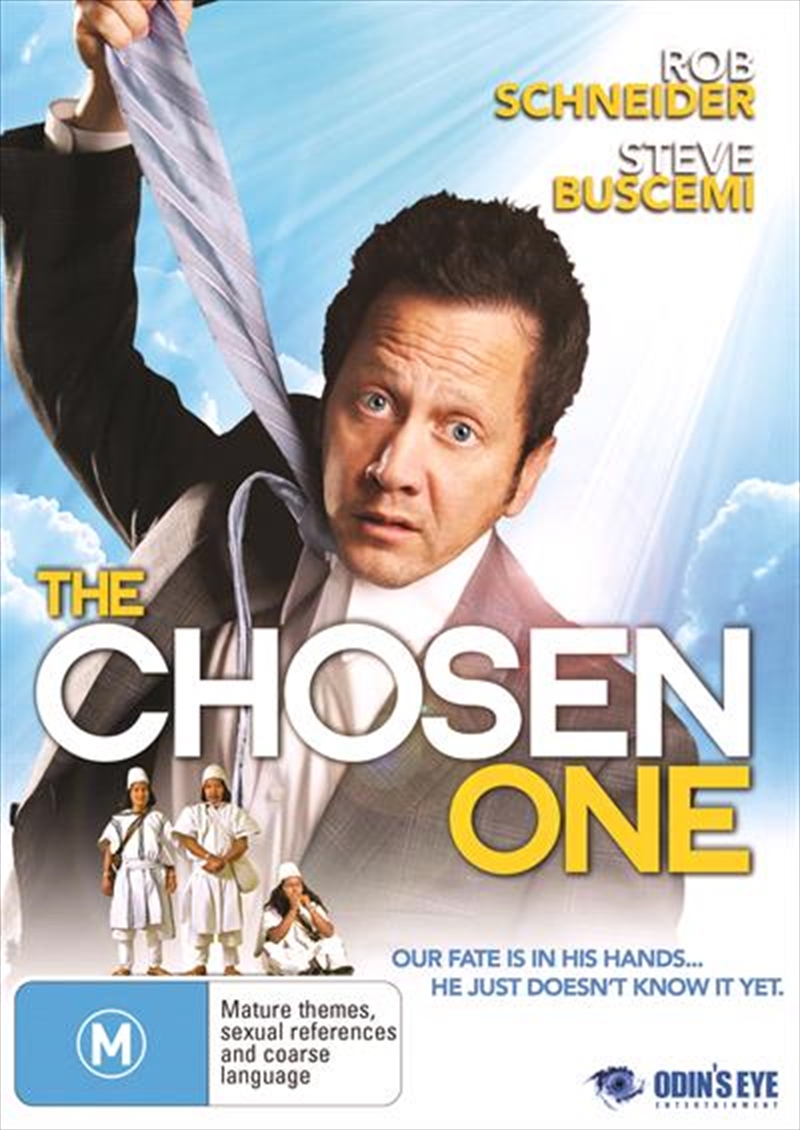 Check store availability
DESCRIPTION
Our fate is in his hands...He just doesn't know it yet.

When beaten-down car salesman Paul (Rob Schneider) decides that his life is meaningless, fate intervenes to put a new spin on things. A mysterious band of strangers appear at his door to tell him he's got it all wrong. In fact, the entire world has been thrown out of balance and they're there seeking the Chosen One - the one soul who can set the universe right. With no better plan, Paul begins keeping an eye out for his moment of destiny.
TRAILER
DETAILS

Title: Chosen One, The