Cheerful Weather For The Wedding 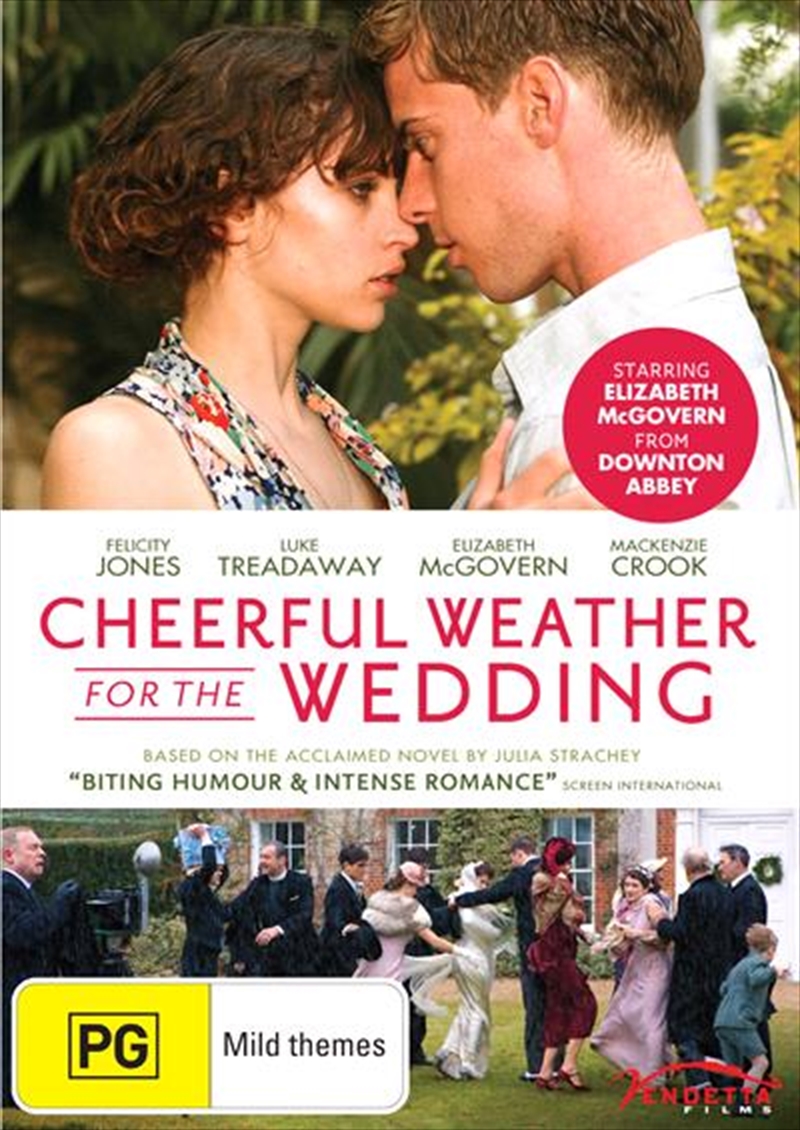 Cheerful Weather For The Wedding

DESCRIPTION
On a crisp March morning in 1932, bride-to-be Dolly (Felicity Jones) is hiding in her bedroom daydreaming of the whimsical summer before, helped along by an ample jug of rum. Long-lost cousins and quirky aunts are arriving to the house every hour, and the downstairs living rooms are buzzing with speculation about the brides whereabouts. Exasperated by her daughters absence, Dolly's scatterbrained mother Hetty (Elizabeth McGovern), is at her wits end, scurrying around the house trying to quell the relatives suspicions. Hetty has perfected all of the days arrangements, but her plans cant prepare everyone for the arrival of Dolly's unpredictable former lover, Joseph (Luke Treadaway).
DETAILS

Title: Cheerful Weather For The Wedding