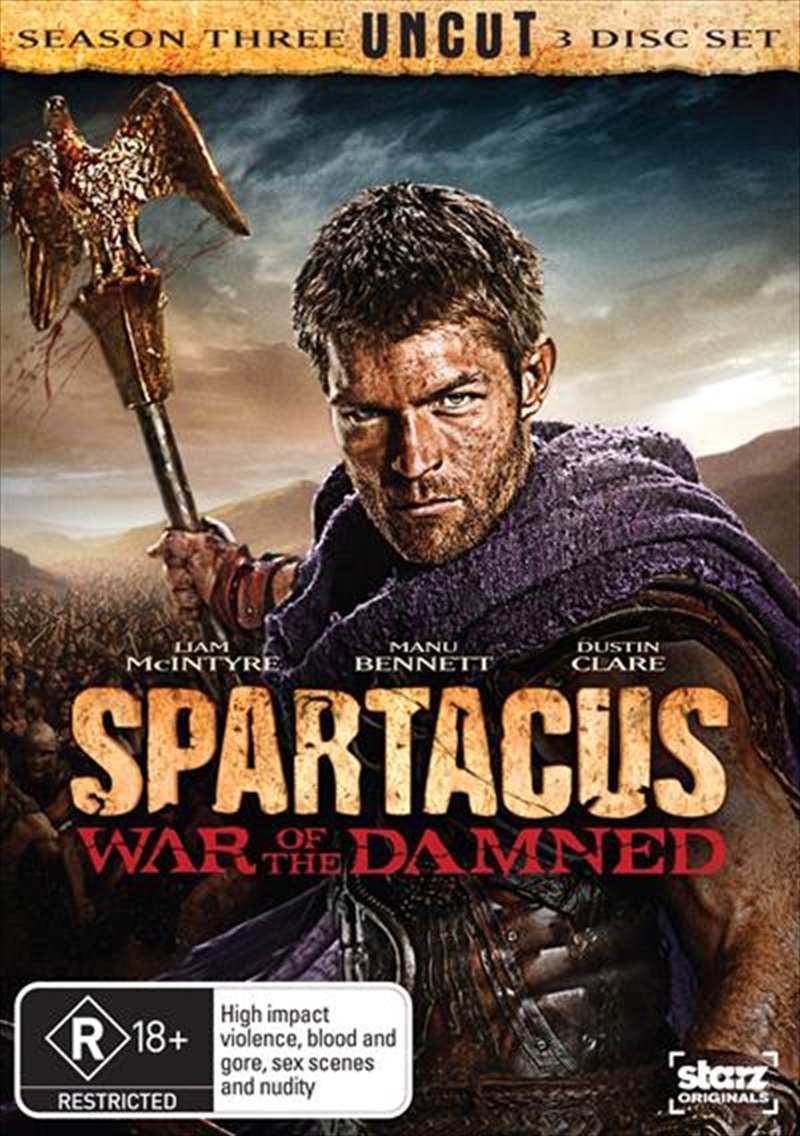 Gaius Claudius Glaber is dead. Many months have passed since his defeat, and the rebel army, led by Spartacus and his generals Crixus, Gannicus and Agron, continue to amass victories over Rome. With the rebel numbers swelling to thousands of freed slaves, Spartacus is more determined than ever to bring down the entire Roman Republic. Following Ashurs death, Naevia and Crixus fight as one. Together, the rebels engage in one bloody skirmish after another and prepare for the inevitable: a full out war with Rome. The Roman Senate turns to Marcus Crassus, a wealthy, strategic politician, for aid. He respects his opponent and refuses to make the same mistakes Glaber and his predecessors have. With a young and fiercely competitive Julius Caesar as an ally, Crassus is determined to crush Spartacus and his rebellion. The epic conclusion of a legendary journey, Spartacus: War of the Damned will unleash a battle unlike anything ever seen before.
TRAILER
DETAILS