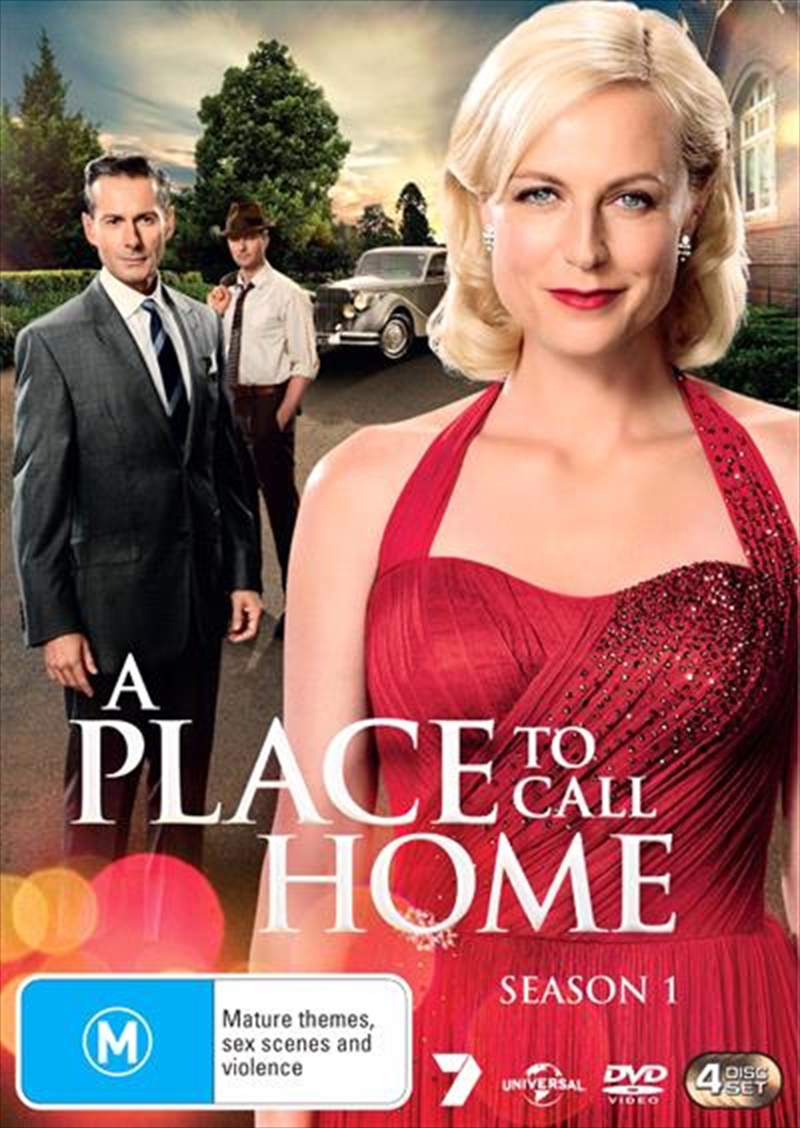 From the creator (Bevan Lee) of Packed to the Rafters, Always Greener and Winners & Losers comes A Place to Call Home. Set in Australia in the 1950s, it's a compelling and romantic story of one woman's journey to heal her soul and of a privileged family rocked by scandal. Acclaimed actress Marta Dusseldorp leads the cast as Sarah Adams, a woman with a mysterious past who returns to Australia after 20 years in Europe. Working her passage home aboard an ocean liner, Sarah becomes involved in the lives of the Blighs, a wealthy Australian pastoralist family. She develops an immediate connection with handsome and charming widower George (Brett Climo), as well as his modern young daughter Anna (Abby Earl) and withdrawn daughter-in-law Olivia (Arianwen Parkes-Lockwood). But it is when Sarah unwittingly discovers a potentially scandalous Bligh family secret that her future becomes forever linked with theirs. Only the uncompromising matriarch of the family, Elizabeth (Noni Hazlehurst), and her grandson James (David Berry), know Sarah has uncovered this family skeleton. Elizabeth is intent on keeping it that way - and Sarah at arm's length. Bearing the scars of war and facing the animosity of a determined matriarch, it is time for Sarah to face life again and begin her journey towards healing and hopefully finding A Place to Call Home. A Place to Call Home stars MARTA DUSSELDORP as Sarah Adams, NONI HAZLEHURST as Elizabeth Bligh, BRETT CLIMO as George Bligh, DAVID BERRY as James Bligh, ABBY EARL as Anna Bligh, ARIANWEN PARKES-LOCKWOOD as Olivia Bligh, CRAIG HALL as Dr. Jack Duncan, FRANKIE J. HOLDEN as Roy Briggs and ALDO MIGNONE as Gino Poletti.
TRAILER
DETAILS