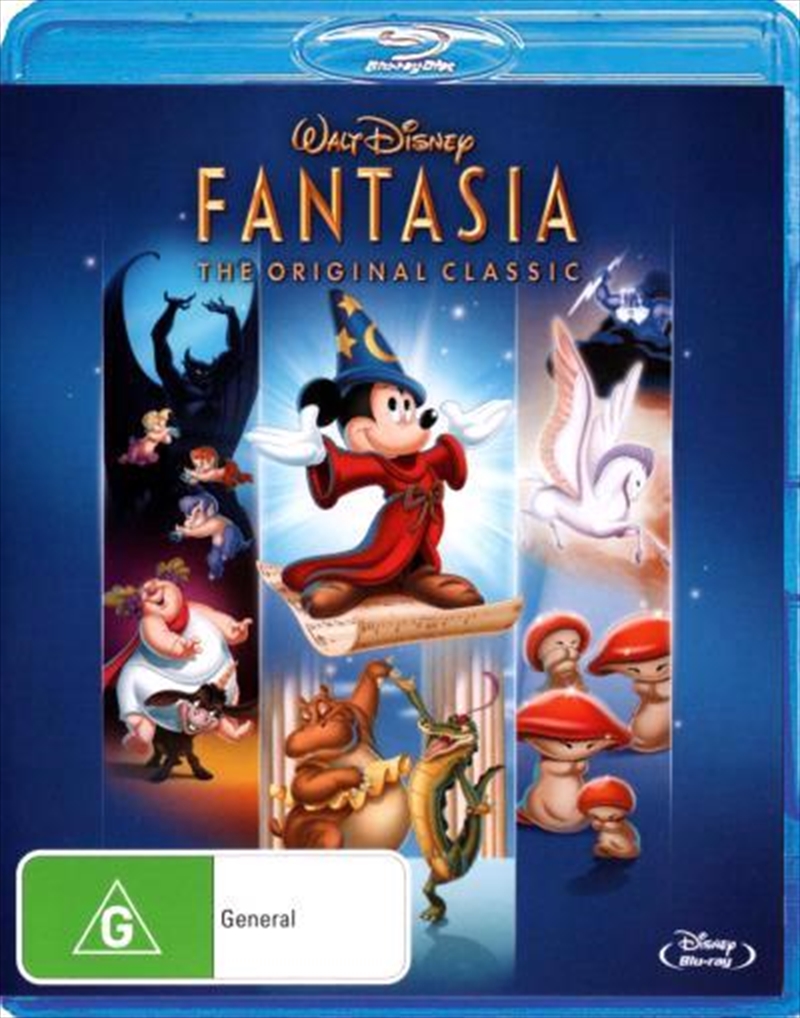 Walt Disney's visionary celebration of sight and sound, Fantasia - the one that started it all - quickly became one of the most acclaimed, most celebrated films of all time! Now, for the first time, with digitally enhanced sound, Walt Disney's Classic Fantasia is available on DVD! Never before have music and movie magic been blended to create such an exhilarating sight and sound experience. The special wonder of Mickey Mouse as the mischievous Sorcerer's Apprentice, the breathtaking beauty of mythical lady centaurs, winged fairies and cascading snowflakes, the pure fun of hippos in tutus performing the most hilarious ballet ever! These images, familiar and beloved by generations of moviegoers all over the world, can now be enjoyed again and again in this timeless original. See the music come to life, hear the pictures burst into song and experience the excitement that is Walt Disney's innovative Fantasia!