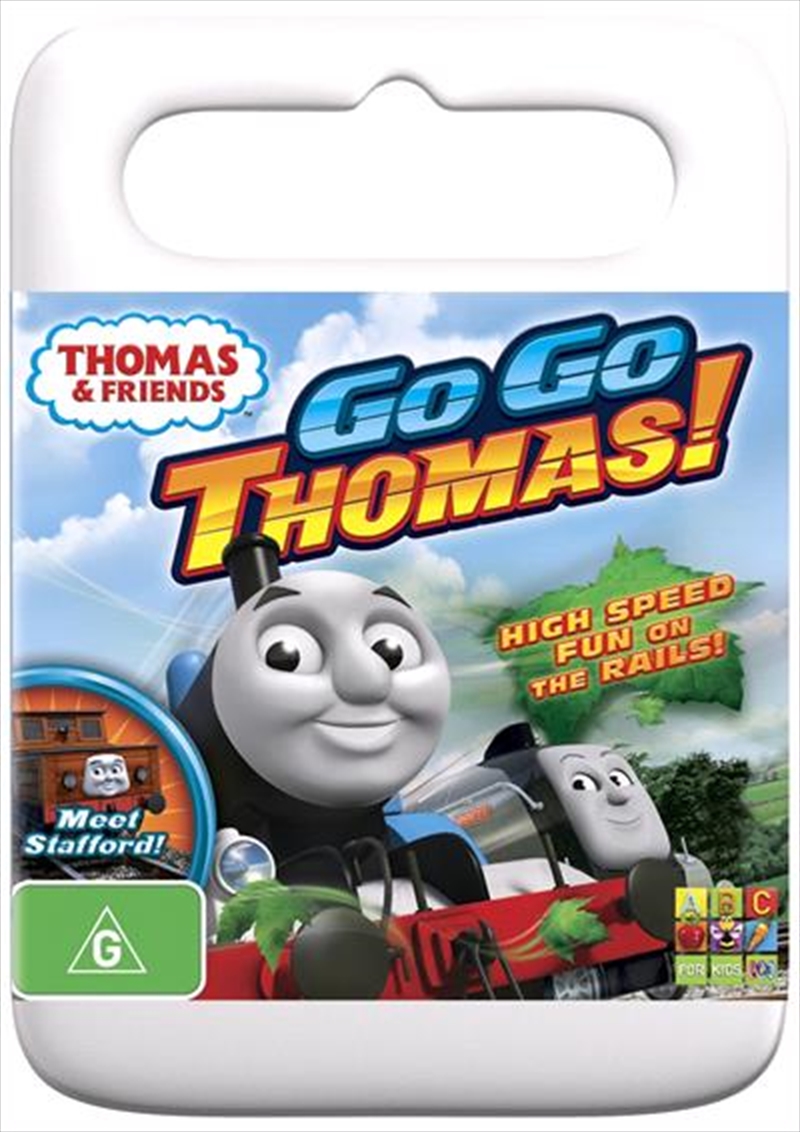 DESCRIPTION
Thomas and his friends are charged up and ready to Go Go! Thomas shows Gordon that being quick is as useful as being strong, while Flynn the fire engine learns to put his pride aside and race to the rescue. Thomas causes some trouble on the tracks trying to be a model engine for a new photographer, while Spencer's on the move, ignoring warnings about electric engine Stafford's battery. Thomas pumps his pistons to Misty Island to help fix Ol' Wheezy. Will the number one blue engine be on track and on time? Ready, Set... Go, Go Thomas!
DETAILS