Girl Who Got Away (Bonus Disc) 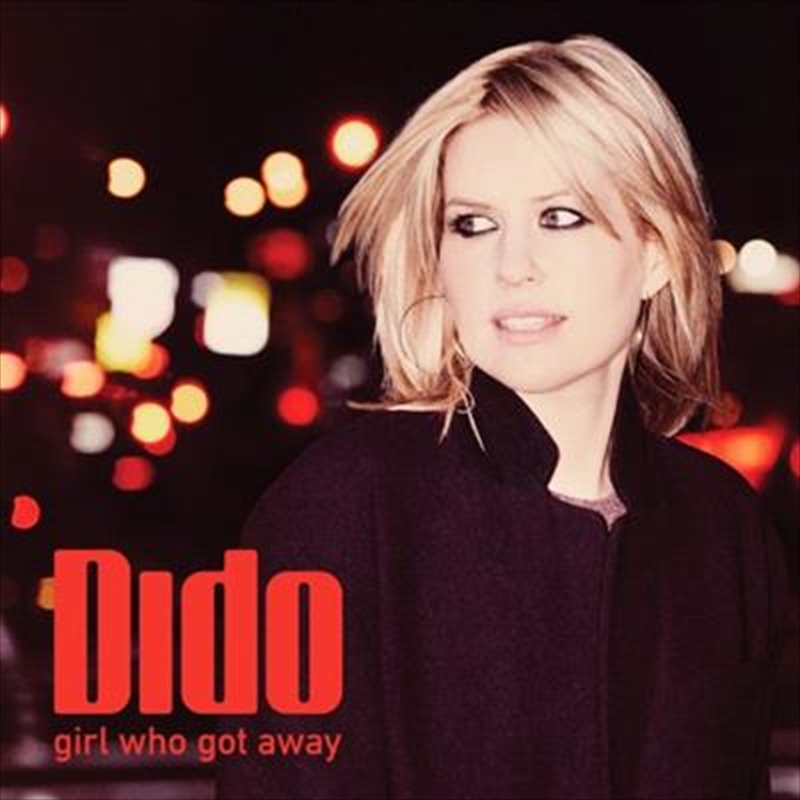 Girl Who Got Away (Bonus Disc)

Shipping - See delivery options.
Postcode:
Quantity:
SEE MORE IN:
2 for $40 Music Dido All 2 for $40
DESCRIPTION
Four years after the critically-acclaimed Safe Trip Home became Dido’s third million-seller - taking her to an astonishing career total of 29 million albums sold - the Londoner returns with her fourth album. And it’s no exaggeration to say that Girl Who Got Away might just be her finest record yet. These are the songs of defiance, hope and heartbreak to make the planet fall in love with Dido all over again.

Recording Girl Who Got Away, Dido was often reminded of making No Angel, her debut album which remains one of the planet’s biggest-selling records of this century. Like that world-conquering debut, the new album is built around waves of sumptuous electronica, Dido’s softly powerful voice and a host of strikingly memorable songs. Warm, evocative and bursting with the emotion of life’s little details, Girl Who Got Away is classic Dido; at once modern and timeless.

Also, as with No Angel (and, indeed, its 2003 follow-up, Life For Rent) the majority of the new album’s literate, life-affirming songs were written and produced by Dido and her brother, Faithless founder Rollo Armstrong. And, just like in the early days, she worked on it without really imagining that people would ever hear it.

“It was an incredibly fun record to make,” she beams. “There was no pressure on me at all. It’s all been so natural and easy.” Dido had a blast, whether working alone at her kitchen table or alongside trusted collaborators Brian Eno, Jeff Bhasker, Rick Nowels, Greg Kurstin and, of course, Rollo in various home studios and hotel rooms on either side of the Atlantic. “On every other record I’ve made, there have been really tricky days,” she says, “but there weren’t any like that on this one.”

Much of the album was written and recorded before the summer of 2011 when - not long after receiving an Oscar nomination for If I Rise, the 127 Hours theme she made with A R Rahman - Dido and her husband had their first child. “I wrote everything on this album before I got pregnant,’ she says. “And a lot of it was actually recorded while I was pregnant. It’s really fun to think back to when I was singing these songs. Like with Girl Who Got Away, I remember the baby was kicking me to the point I thought I was going to fall over!”

An unmistakable optimism shines through the new album, which Dido completed late in 2012 after taking a year off to concentrate on motherhood. That positive spirit is there in the life-loving, Go Dreaming; in the ode to true love that is the album’s first single, No Freedom; and in the driving Let Us Move On, which features a pin-sharp guest spot from the world’s hottest rapper, Kendrick Lamar. And it glows particularly brightly in the loved-up redemption of the folksy, autobiographical Sitting On The Roof Of The World.

Which isn’t to say that this album is all sweetness and light: Dido certainly retains her knack for disguising a barbed lyric with a beguiling melody. So, the propulsive End Of Night might sound like one of her most upbeat songs yet, but it is, in fact, a rather vicious break-up song. Blackbird, meanwhile, is deliciously withering. And the album's title? "It's one of my favourite songs on the record," she says. "But I guess it also sums up the last few years for me. Taking a step back from it all and going off to have the whole happy adventure of starting a family and making an album that I really am so proud of. And now I just can't wait for people to hear it."

She might be the girl who got away. But make no mistake, Dido is back.

Title: Girl Who Got Away (Bonus Disc)

Sitting On The Roof Of The World

Day Before We Went To War

All I See Ft Pete Miser