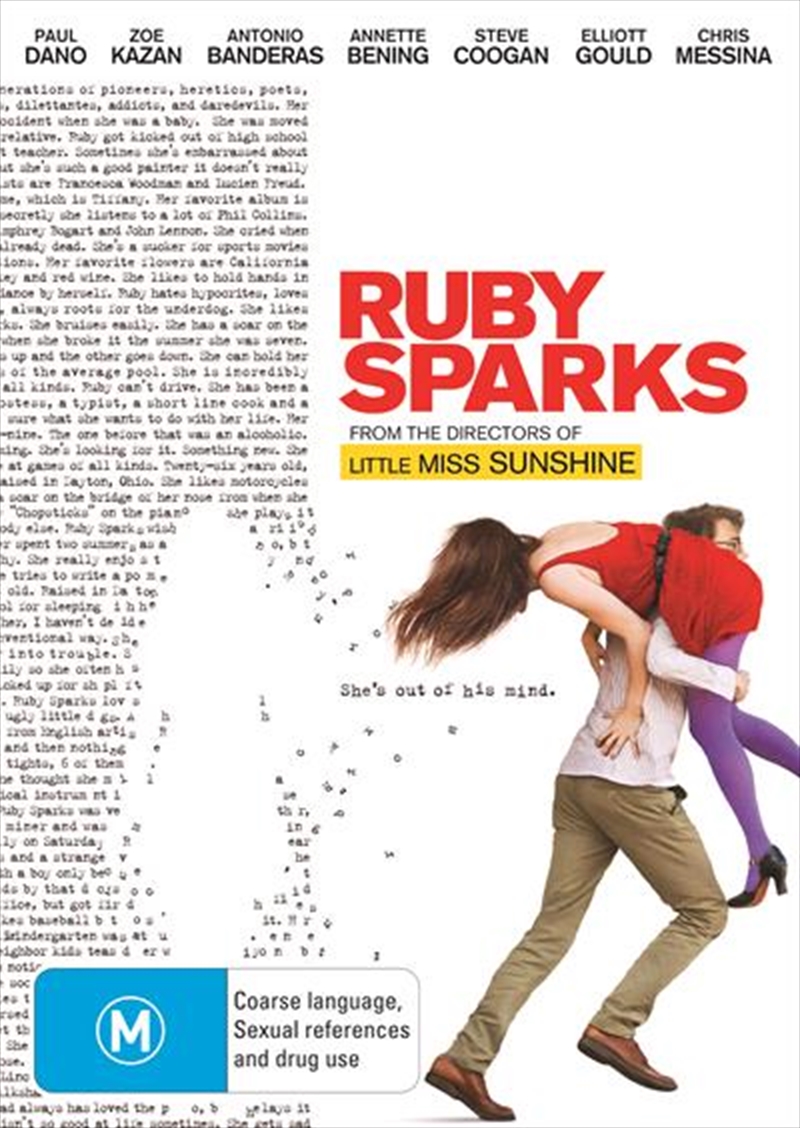 A novelist struggling with writer's block finds romance in a most unusual way: by creating a female character he thinks will love him, then willing her into existence. Calvin is a young novelist struggling with his writing - as well as his romantic life. Finally, he makes a breakthrough and creates a character named Ruby who inspires him. When Calvin finds Ruby (Zoe Kazan), in the flesh, sitting on his couch about a week later, he is completely flabbergasted that his words have turned into a living, breathing person.