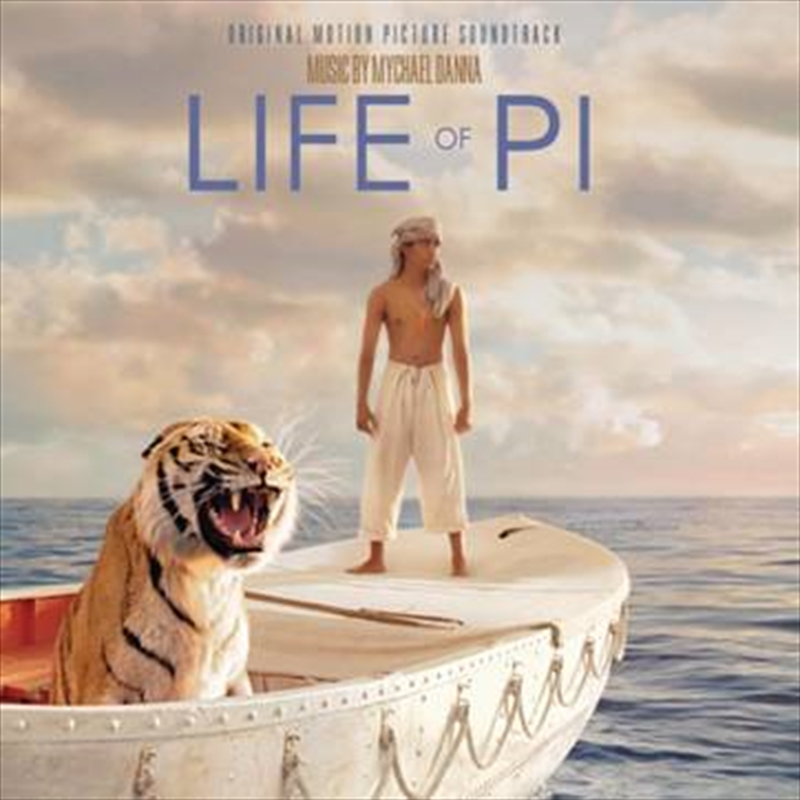 SEE MORE IN:
2 For $40 Music All 2 For $40
DESCRIPTION
Sony Music is pleased to announce the release of Mychael Danna’s original motion picture soundtrack of Life of Pi, a journey of adventure and a tale of personal discovery based on the best-selling novel by Yann Martel. Life of Pi takes place over three continents, two oceans, many years, and a wide universe of imagination. Director Ang Lee’s vision, coupled with stunning 3D visuals, has turned a novel long thought un-filmable into a thrillingly audacious mix of grand storytelling and powerful and provocative themes.

Ang Lee, an Academy Award ® winner for Brokeback Mountain in 2006 and Crouching Tiger, Hidden Dragon in 2001, carefully selected the international cast – and a composer whose talents and experience perfectly match the project: Mychael Danna, with whom he previously collaborated on The Ice Storm and Ride with the Devil. Danna is one of the most original composers in the world of film music, a pioneer in combining non-western sounds with orchestral and electronic sources. Thanks to this reputation he worked with such esteemed directors as Atom Egoyan, Terry Gilliam, James Mangold, Mira Nair, Bennett Miller and Marc Webb. He has been nominated 13 times for Genie Awards and won the Original Score award five times. Danna has strong personal connections to India: his wife is Indian and he has travelled and worked there extensively.

Mychael Danna’s sensitive composition and innovative choice of instrumentation reflect the international character as well as the religious and philosophical aspects of Life of Pi. The music, in the composer’s words, “guides viewers by means of emotions through a film that raises big philosophical and religious questions.” His thoughtful instrumentation also lends structure to the movie. The Indian flute, for example, is associated in the music with Pi himself, the mysterious woodwind sound of the Persian ney with the tiger. A Los Angeles studio orchestra recorded the score, while the use of an Indonesian gamelan and typically French instruments – celeste, accordion – also does justice to the cultural breadth of the story. Indian elements are recognisable in the sitar, percussion, and the mantras chanted by a choir.

In addition to writing the original score, Danna co-wrote the film’s original song “Pi’s Lullaby” with Indian vocalist Bombay Jayashri, who performs the song in her native Tamil language.

Christ in the Mountains

Thank you Vishnu for Introducing me to Christ

The Deepest Spot on Earth

Death of the Zebra

Set Your House in Order

Back to the World

Which Story do you Prefer?