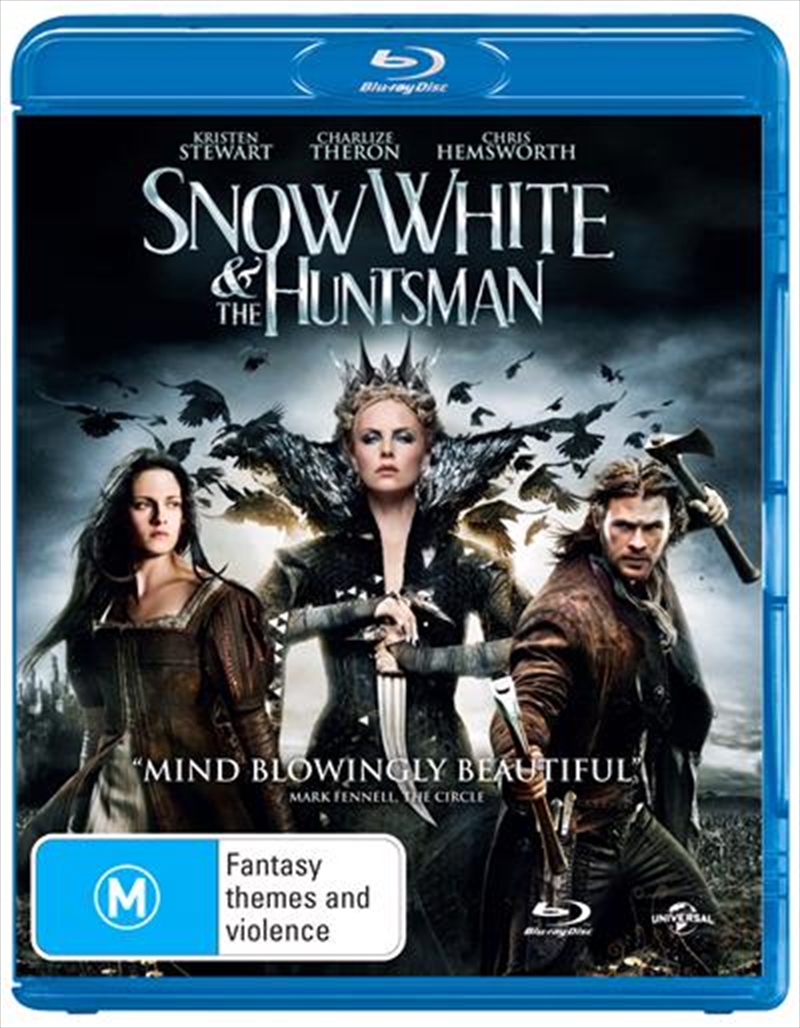 In a twist to the fairy tale, the Huntsman ordered to take Snow White into the woods to be killed winds up becoming her protector and mentor in a quest to vanquish the Evil Queen. When her King father marries a wicked stepmother, a young girl runs away, joining with a mysterious huntsman, the two fleeing capture by the evil stepmother, their efforts joined by eight dwarfs and a valiant young prince who loves the girl. In the epic action-adventure Snow White and the Huntsman, KRISTEN STEWART plays the only person in the land fairer than the evil queen (Oscar winner CHARLIZE THERON) who is out to destroy her. But what the wicked ruler never imagined is that the young woman threatening her reign has been training in the art of war with a huntsman (CHRIS HEMSWORTH) who was dispatched to kill her. SAM CLAFLIN joins the cast as the prince long enchanted by Snow Whites beauty and power.

Title: Snow White and The Huntsman