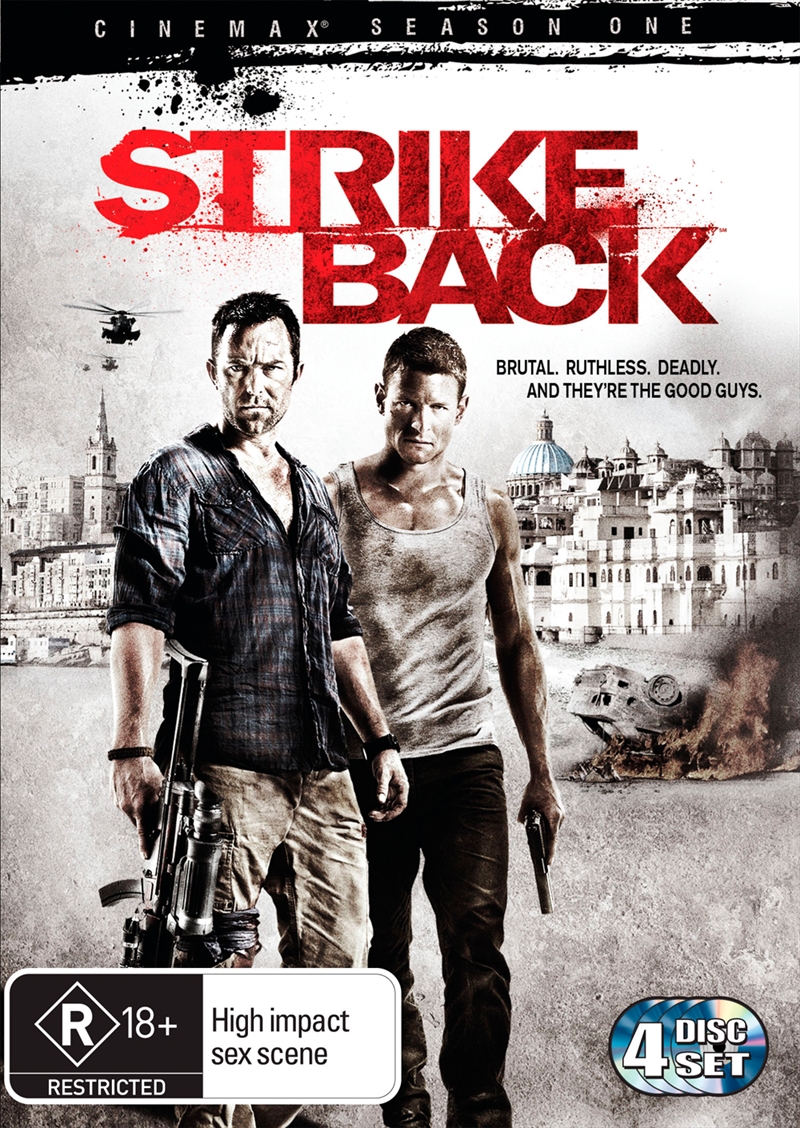 Shipping - See delivery options.
Postcode:
Quantity:
SEE MORE IN:
3 for $40 TV Strike Back Cant Seem To Stream
A high-octane, globe-spanning thriller with storylines ripped from today’s headlines, Strike Back is a one-hour drama series that focuses on two members of a top-secret anti-terrorist organization known as Section 20: Michael Stonebridge, a British sergeant in the ultra secret Section 20 anti-terrorist team, and Damien Scott, a Delta Forces operative who was disgraced and discharged on the eve of the U.S. invasion of Iraq.