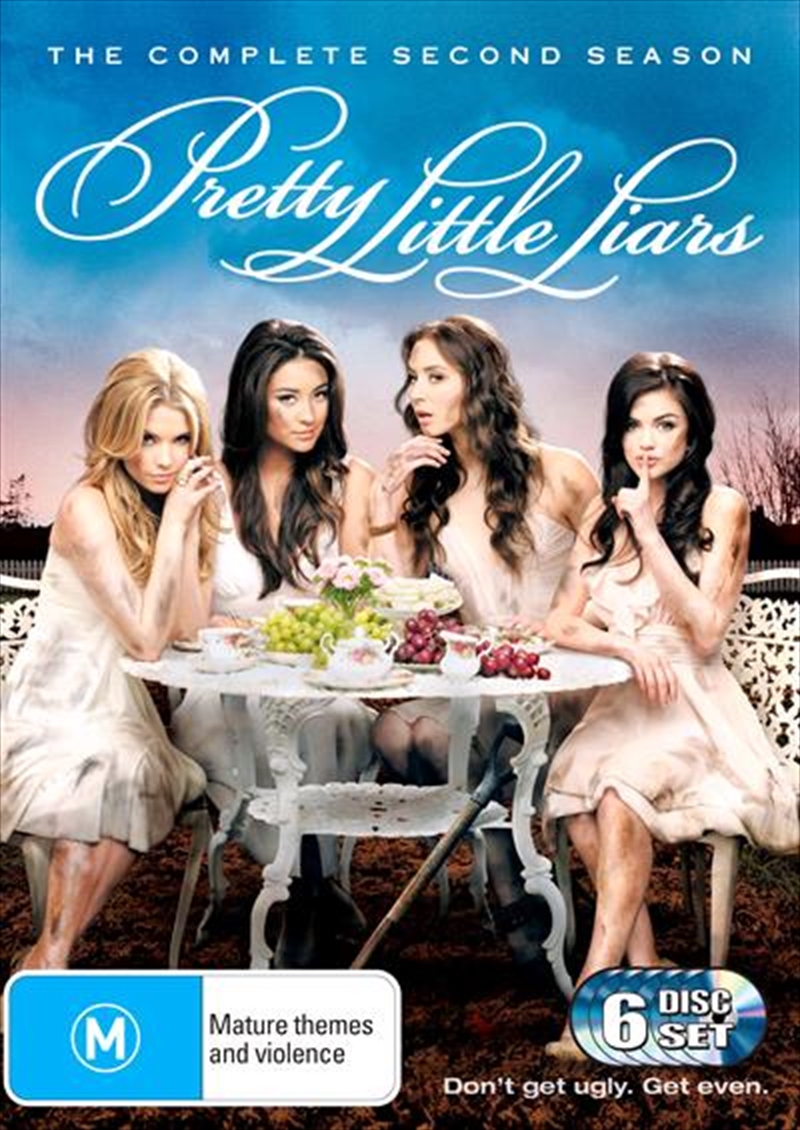 High school is a turbulent time for any teenager, but factor in the murder of a good friend and constant stalking by a relentless blackmailer, and four Rosewood teens are living unbelievably stressful, dangerous lives. In the second season of Pretty Little Liars, Emily, Hanna, Spencer, and Aria are crumbling under the constant pressure of A's relentless texts and the knowledge that A inexplicably knows every little detail of their lives, including their thoughts, and is watching and anticipating the girls' every move. The season opens with Ian, the girls' prime suspect for murdering Alison, falling from the bell tower, but the girls' relief is short-lived as Ian's body disappears and the police refuse to believe their account of what happened. Eventually the mystery around Ian clears up, but just when it looks like Alison's murder has finally been solved, the girls discover that things are once again not what they seem. Meanwhile, Spencer's family is falling apart, with Melissa now pregnant and husbandless and Alison's brother Jason stirring things up by moving back in next door. Aria and Ezra's relationship gets even more complicated, and Aria's brother Mike finds himself in trouble with the law, while their parents find themselves tested like never before. Emily's shot at a swimming scholarship get derailed, and she ends up moving in with Hanna and her mom, who have their own problems, thanks to Hanna's dad's impending remarriage and move. Add in a therapist, assorted boyfriends and girlfriends who get pulled into the mess to varying degrees, Jenna's chance to regain her sight, Hanna's new stepsister, increasing parental suspicion, and the never-ending interest of the local police, and there's plenty of drama, and trauma, for these Rosewood teens, who've never felt more alone. The last few episodes of the season culminate in the discovery of A's identity, and it looks like A's reign of terror over the four girls will finally end--unless...