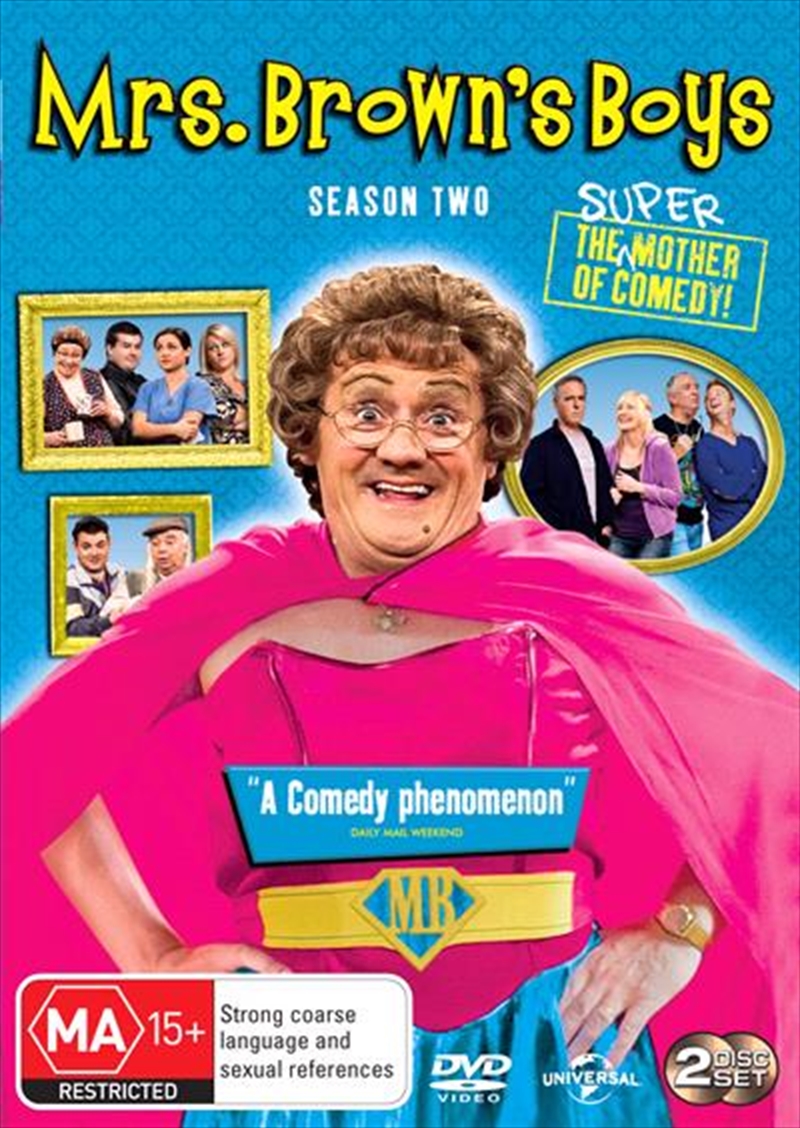 The Nation's 'Mother' of comedy is back and badder than ever in her award winning second series. TV's funniest and proudest mother, Agnes Brown, is back with the second series of her hit BBC comedy show. Mrs Brown, the loveable Dublin matriarch, continues her quest to meddle and interfere in the lives of her long suffering 6 children, with even more shocking and hilarious consequences. The nation's most endearing mother hen is funnier than ever in this side-splitting second series. Thought you'd seen Mrs. Brown at her most outrageous in season one, well you ain't seen nothing yet!!