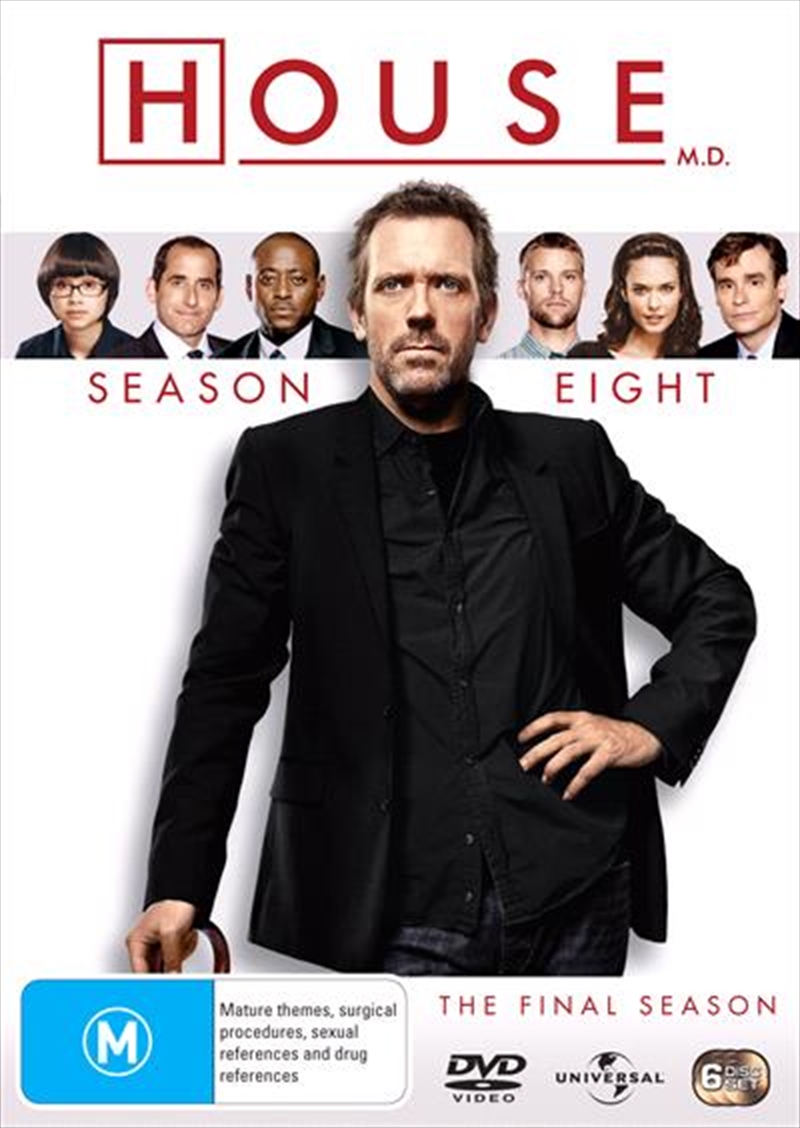 DR. GREGORY HOUSE (Laurie), devoid of bedside manner and dealing with his own constant physical pain, uses a cane that punctuates his acerbic, brutally honest demeanor. His behavior often borders on antisocial, but House is a brilliant diagnostician whose unconventional thinking and flawless instincts afford him a great deal of respect. An infectious disease specialist, he thrives on the challenge of solving medical puzzles in order to save lives.,,House works with an elite team of experts who help him unravel diagnostic mysteries, including neurologist DR. ERIC FOREMAN (Omar Epps), plastic surgeon DR. CHRIS TAUB (Peter Jacobson), surgeon DR. ROBERT CHASE (Jesse Spencer), prison clinic physician DR. JESSICA ADAMS (Odette Annable) and DR. CHI PARK (Charlyne Yi). He has a confidant and good friend in oncology specialist DR. JAMES WILSON (Robert Sean Leonard). When Season Eight begins, many months have passed since House drove his car into Cuddy's living room in the Season Seven finale episode, and House is serving out a prison sentence. When a medical emergency ends his sentence early, he quickly discovers the landscape and hierarchy of the Diagnostic Medicine department at Princeton Plainsboro Teaching Hospital, which he previously presided over, has gone through a transition in his absence. Upon his unconventional return, he is forced to submit to a surprising new chain of command and deal with personnel changes to his team.
DETAILS