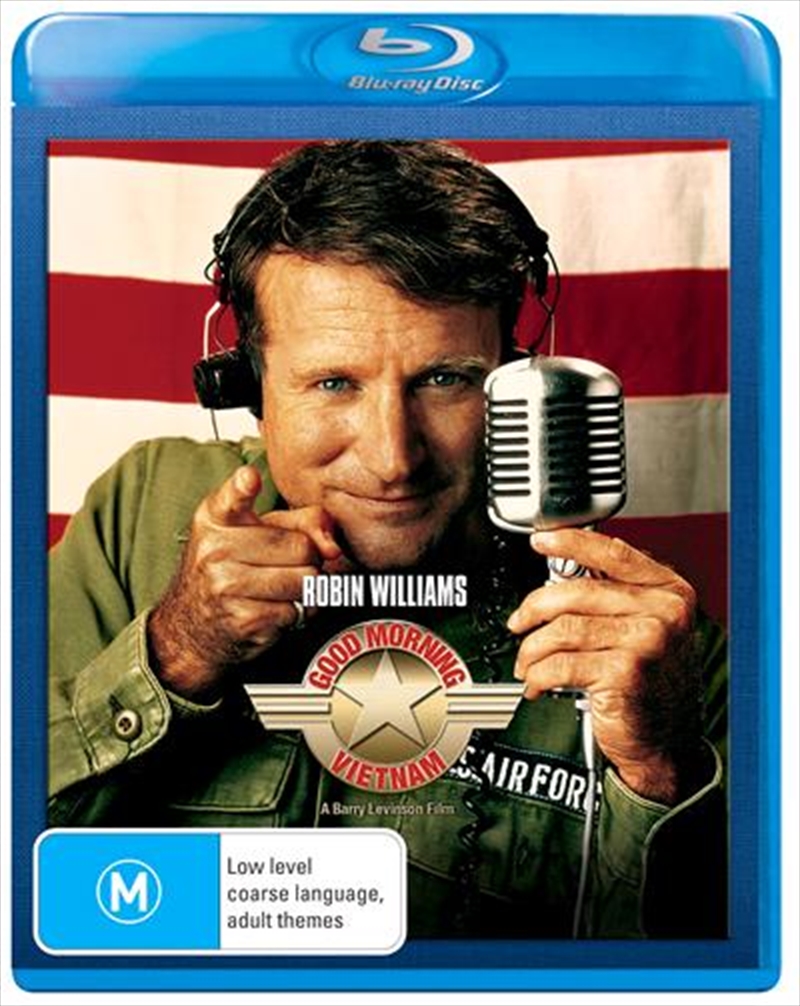 Academy Award winner Robin Williams shakes up 1965 Saigon in the role the critics agree he was born to play - irreverent, nonconformist deejay Adrian Cronauer. Imported by the army for an early a.m. radio show, Cronauer blasts the formerly staid, sanitized airwaves with a constant barrage of rapid-fire humour and the hippest tunes from back home. The G.I.s love him - but the top brass is outraged! Riddled with sidesplitting comic bombshells and studded with hot '60s hits, the film depicts Cronauer's raucous Saigon adventures amid a world gone mad. Good Morning, Vietnam is a direct hit - the classic Robin Williams comedy!
DETAILS