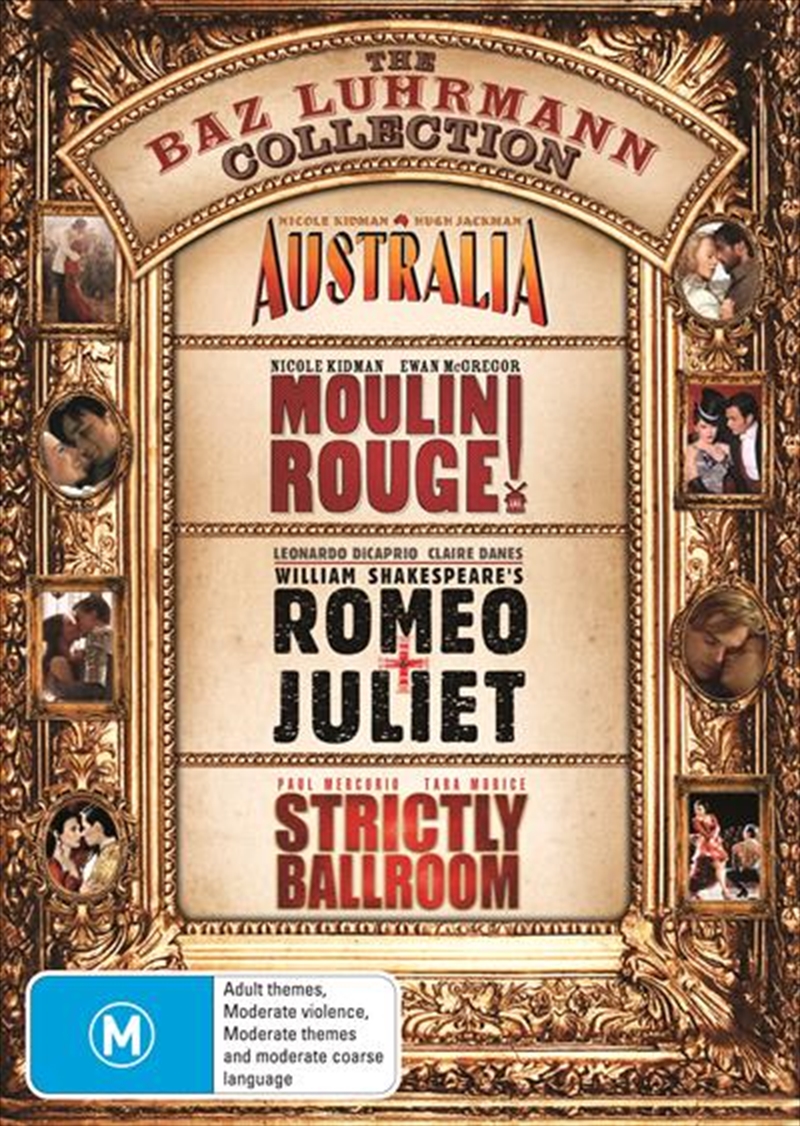 Shipping - See delivery options.
Postcode:
Quantity:
Contains the following titles:
1. AUSTRALIA: Australia is an epic and romantic action adventure, set in this country on the explosive brink of World War II. In it, Lady Sarah Ashley, an English Aristocrat (Nicole Kidman) travels to the faraway continent where she has inherited a cattle ranch, owned by her late husband. When Australian cattle barons plot to take her land, she reluctantly joins forces with a rough-hewn local known as The Drover (Hugh Jackman). When tragedy strikes and Lady Sarah becomes unofficial guardian to an enchanting mixed-race Aboriginal child (Brandon Walters), this unlikely trio join forces to save the land she inherited and embark upon a transforming journey driving 2,000 head of cattle across hundreds of miles of the world's most beautiful yet unforgiving terrain, only to face the bombing of the city of Darwin by the Japanese forces that attacked Pearl Harbour. With his new film, director Baz Luhrmann is painting on a vast canvas, creating a cinematic experience that brings together romance, drama, adventure and spectacle.
2. MOULIN ROUGE: Moulin Rouge is a celebration of truth, beauty, freedom, but above all things love - set in the infamous, gaudy and glamorous Paris nightclub, circa 1900. This is a completely unique and groundbreaking film from visionary director Baz Luhrmann. Satine (Nicole Kidman) the star of the Moulin Rouge and the city's most famous courtesan is caught between the love of a young writer and another man's obsession. Christian (Ewan McGregor) is a writer who finds himself plunged into this decadent world where anything goes - except falling in love. Prepare to enter a world where nothing is forbidden and everything is possible....
3. ROMEO AND JULIET: Baz Luhrmann's dazzling and unconventional adaptation of William Shakespeare's classic love story is spellbinding. Leonardo DiCaprio and Claire Danes portray Romeo and Juliet, the youthful star-crossed lovers of the past. But the setting has been moved from its Elizabethan origins to the futuristic urban backdrop of Verona Beach.
4. STRICTLY BALLROOM: From Baz Luhrmann - the director of the award-winning hits Romeo & Juliet and Moulin Rouge! - comes Strictly Ballroom...the hilariously funny romantic comedy that's sure to leave you laughing, cheering and feeling great! It's the magical story of a championship ballroom dancer who's breaking all the rules, and his ugly duckling dancing partner. Together they make their dreams come true! You're sure to enjoy this exhaustively funny comedy as it dances and soars its way straight into your heart. Critics everywhere fell madly in love with this big-screen treat - and so will you! And, as an added bonus, this special edition includes Samba to Slow Fox, the entertaining documentary that inspired Strictly Ballroom.