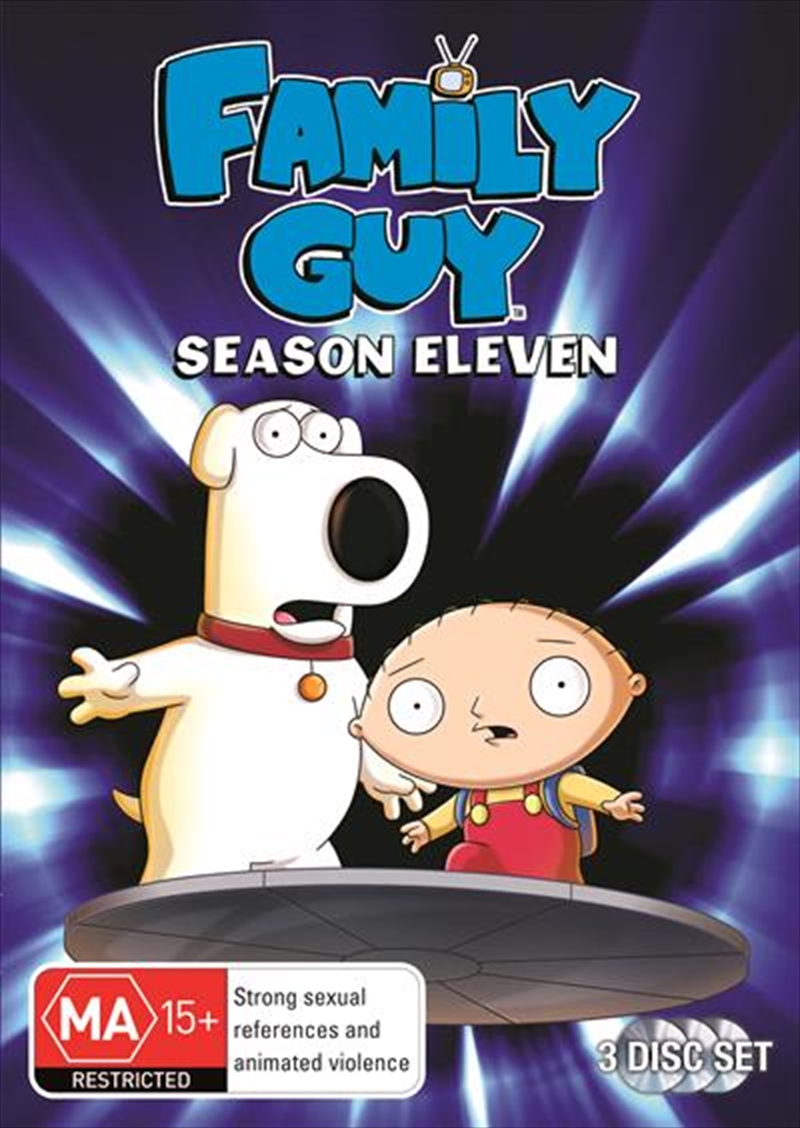 Shipping - See delivery options.
Postcode:
Quantity:
SEE MORE IN:
Family Guy 2 for $40 TV All 2 for $40
&lt;H3&gt; Family Guy Season 11 DVD - On Sale Now With Fast Shipping&lt;H3&gt;
In Season 11, Peter befriends Ryan Reynolds (guest-voicing as himself), the Griffins struggle to stay grounded after winning the lottery, Meg falls for an Amish boy and Stewie gets behind the wheel to take the family car for a spin. Then, on Meg's 18th birthday, Quagmire moves in for the kill, and Peter tries to put an end to the relationship. Finally, Brian and Stewie travel back in time to the very first episode of the series. Family Guy - Season 11 delivers more of the rude, crude, and over-the-top humour that fans have grown to love and comes loaded with exclusive, never-before-seen extras, including extra-rude extended episodes, hilarious deleted scenes, and clips to go.