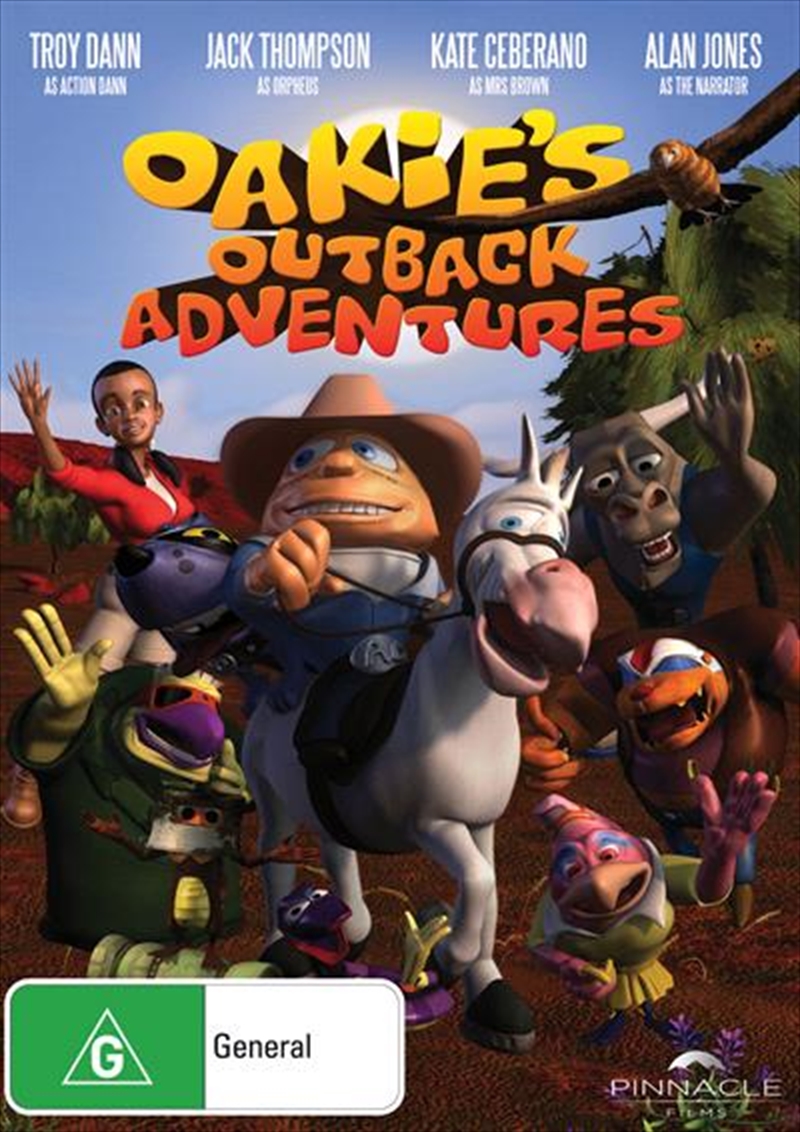 Shipping - See delivery options.
Postcode:
Quantity:
SEE MORE IN:
3 for $20 Movies & More
DESCRIPTION
Oakie, a young blue heeler pup, is supposed to be delivered to Texas, USA, but through a courier bungle he ends up in Texas, Queensland, in Outback Australia. Oakie is quickly befriended by Action Dann (an animated character identifiably based on Troy Dann) and they embark on a series of adventures, meeting many wonderful and quirky characters in the rugged and unique beauty of the Australian Outback.Oakie along with his new friends, relives many of the poems and stories that define the Australian culture. Poems featured in the film include Waltzing Matilda, Mulga Bills Bicycle, The Man from Snowy River and Bush Christening by AB Banjo Patterson and The Loaded Dog by Henry Lawson. This is a timeless story of adventure and excitement with a strong dose of Australian humour, masterfully created to ensure Australian culture and heritage is not lost to the next generation. Intended for families with younger children, this film transcends a healthy lifestyle message and educates children culturally and historically, on elements imperative for the survival of the Aussie way.
DETAILS