Boy In The Striped Pyjamas, The 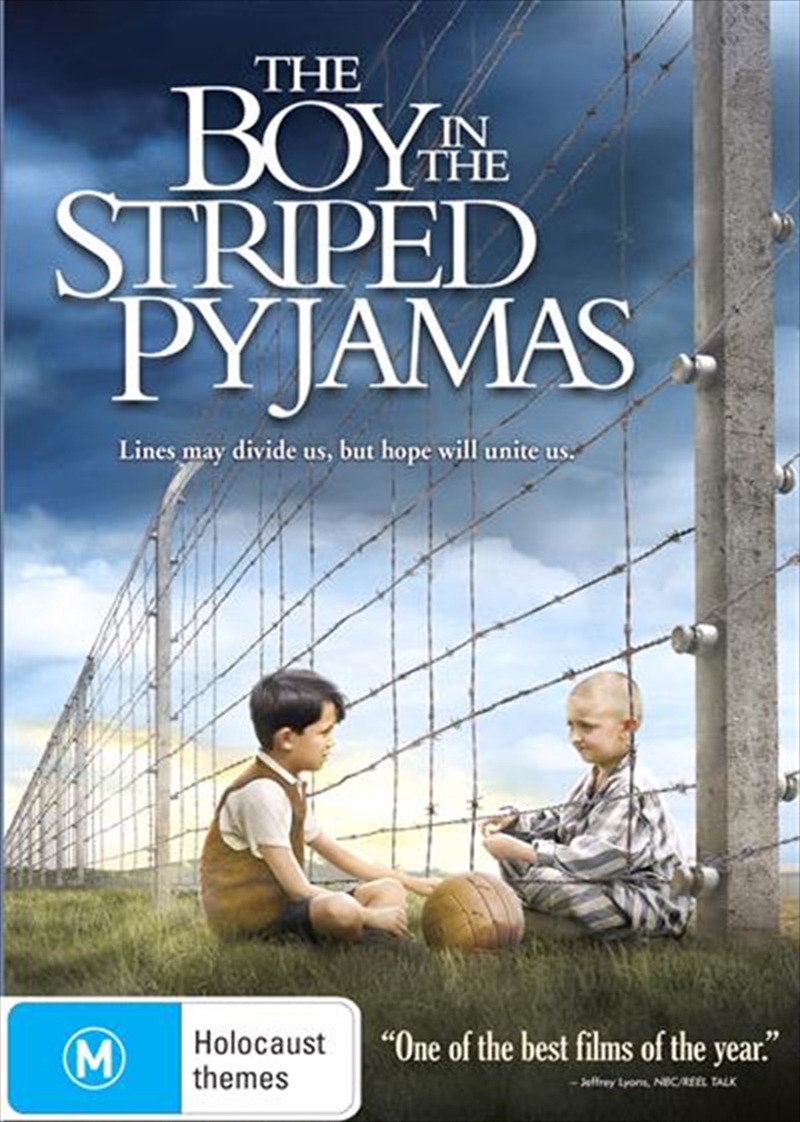 Boy In The Striped Pyjamas, The

Shipping - See delivery options.
Postcode:
Quantity:
SEE MORE IN:
3 for $20 Movies & More
DESCRIPTION
From Miramax Films, the studio that brought you the Academy Award®- winning Life Is Beautiful (Best Foreign Language Film, 1998) comes The Boy In The Striped Pyjamas. Bored and restless in his new home, Bruno, an innocent and naive eight-year-old, ignores his mother and sets off on an adventure in the woods. Soon he meets a young boy, and a surprising friendship develops. Set during World War II, based on the best-selling novel by John Boyne, this remarkable and inspiring story about the power of the human spirit will capture your heart and engage your mind. Academy Award® is the registered trademark and service mark of the Academy of Motion Picture Arts and Sciences.
TRAILER
DETAILS

Title: Boy In The Striped Pyjamas, The