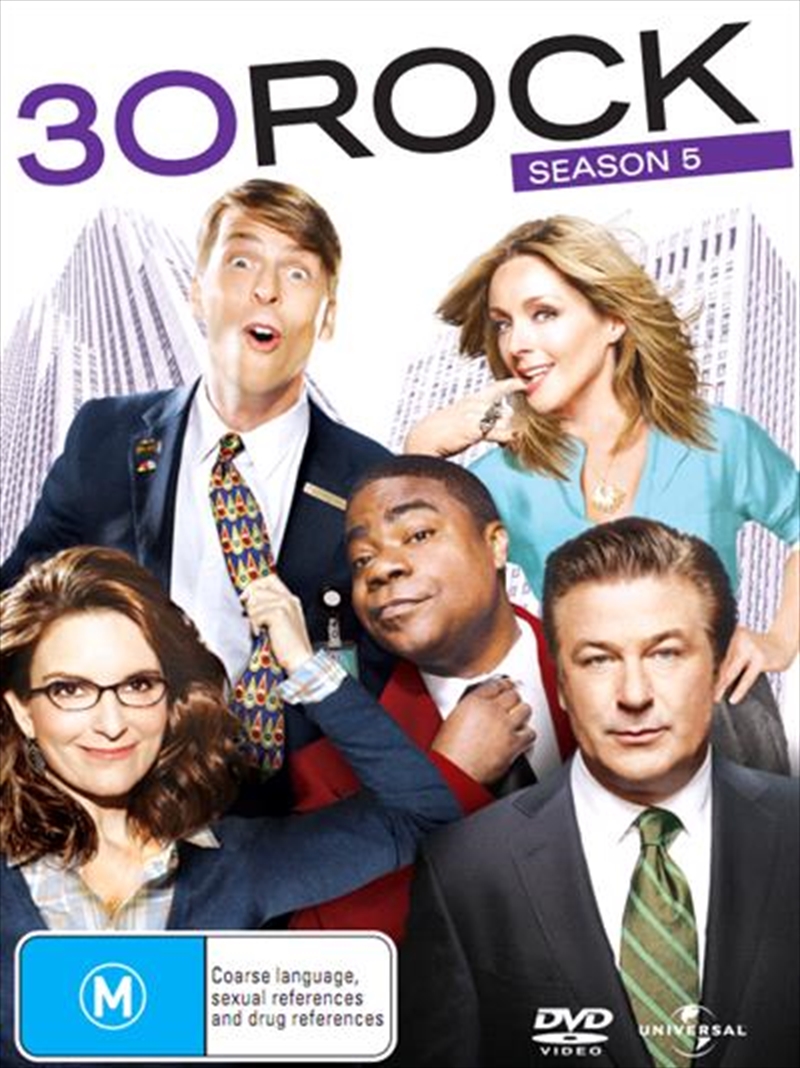 Re-experience the complete fifth season of the Primetime Emmy and Golden Globe Award-winning comedy 30 Rock heralded as funny by some random Twitter user and a bitterly merry comic jihad against corporate stupidity and mendaciousness by Glenn Garvin of the Miami Herald -- which is pretty much what the Twitterer said in 140 characters or less. Primetime Emmy Golden Globe and SAG Award winner Tina Fey stars as showrunner Liz Lemon and Primetime Emmy Golden Globe and SAG Award winner Alec Baldwin is corporate executive Jack Donaghy in this behind-the-scenes romp about sketch show TGS; its neurotic stars Tracy Jordan (Tracy Morgan) and Jenna Maroney (Jane Krakowski) ; hapless NBC page Kenneth Parcell (Jack McBrayer) and the rest of the befuddled crew working to create the magic of television. Brought to you by the folks at GE Kabletown its a season of video obituaries cross-dressing love page showdowns Canadian births and other strange events in 22 blerg-worthy episodes from executive producer Lorne Michaels.
DETAILS