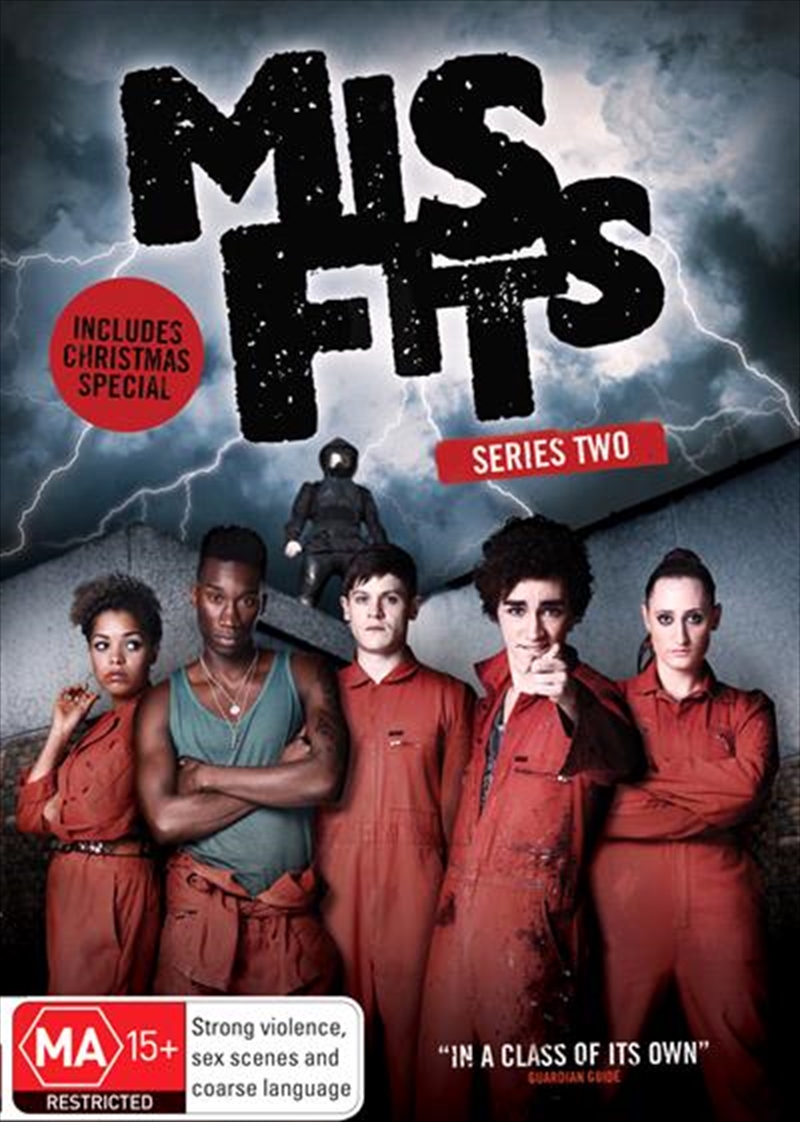 Check store availability
DESCRIPTION
&lt;H3&gt; Misfits Series 2 DVD - On Sale Now With Fast Shipping&lt;H3&gt;
Being a super hero has never been such a pain

The second series kicks off where the first ended, with Alisha, Simon, Nathan, Kelly and Curtis still on community service and still trying to adapt to their new lives. But what's new is the mysterious, masked figure watching over them from afar... someone who looks remarkably like a real-life superhero, and who seems to know everything about them. Is he protecting them? Or is he a threat? As the gang tries to piece together the clues to discover the true identity of their new stalker, it soon becomes apparent that the masked man harbours a secret that could change the their world forever... Fuelled with irreverent humour, the second series of Misfits has an array of new characters crashing into the Misfits' world, and is even bigger, bolder and brasher than the last.
DETAILS