Home Of The Brave / American Son 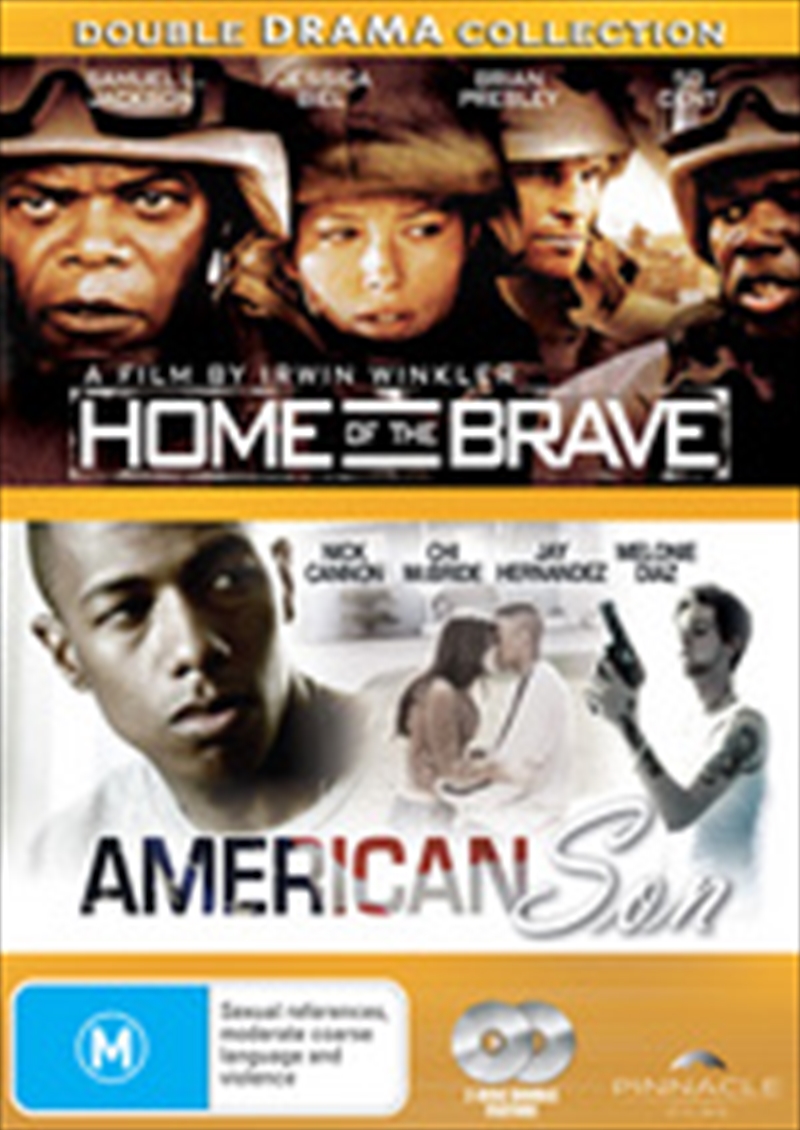 Home Of The Brave / American Son

Shipping - See delivery options.
Postcode:
Quantity:
SEE MORE IN:
$5 Movies & More Movie Collections
Home Of The Brave
From Academy Award winner Irwin Winkler comes Home of the Brave, the story of four American soldiers nearing the end of their tours of duty in Iraq. Shortly after learning their unit will soon be returning home, they are sent on one final humanitarian mission to bring medical supplies to a remote Iraqi village.When their unit is ambushed and takes heavy losses, the surviving troops suffer both physical and psychological injuries. As they return to the United States, the four soldiers must face memories of the past as they look towards the future and return to civillian life. These are their stories. Home of the Brave is about hope and courage and the impact of war on both the individuals who fought and the people close to them.

American Son
AMERICAN SON is the story of a young Marine (played by Nick Cannon), fresh from Camp Pendleton, who is forced to navigate a volatile home life, a new love and the dangerous complexities of adulthood during a 96-hour Thanksgiving leave.