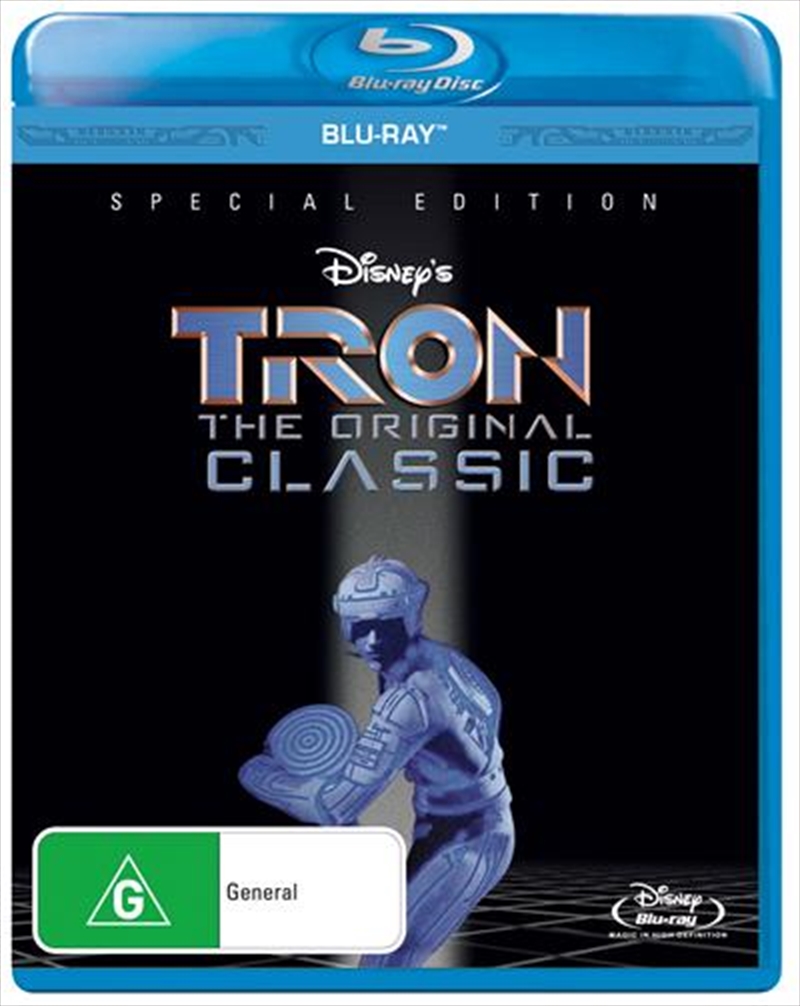 Shipping - See delivery options.
Postcode:
Quantity:
SEE MORE IN:
2 for $20 Movies & More
A masterpiece of breakthrough CGI ingenuity - Disney celebrates the 20th anniversary of Tron - a dazzling film at the flashpoint of a continuing revolution in its genre. Packed with five hours of bonus features, including exclusive, never-before-seen material, this feature-rich collector's edition showcases an epic adventure inside a brave new world where the action is measured in microseconds.
When Flynn (Jeff Bridges) hacks the mainframe of his ex-employer to prove his work was stolen by another executive, he finds himself on a much bigger adventure. Beamed inside by a power-hungry Master Control Program, he joins computer gladiators on a deadly game grid, complete with high-velocity "Light Cycles" and Tron (Bruce Boxleitner), a specialized security program. Together they fight the ultimate battle with the MCP to decide the fate of both the electronic world and the real world!