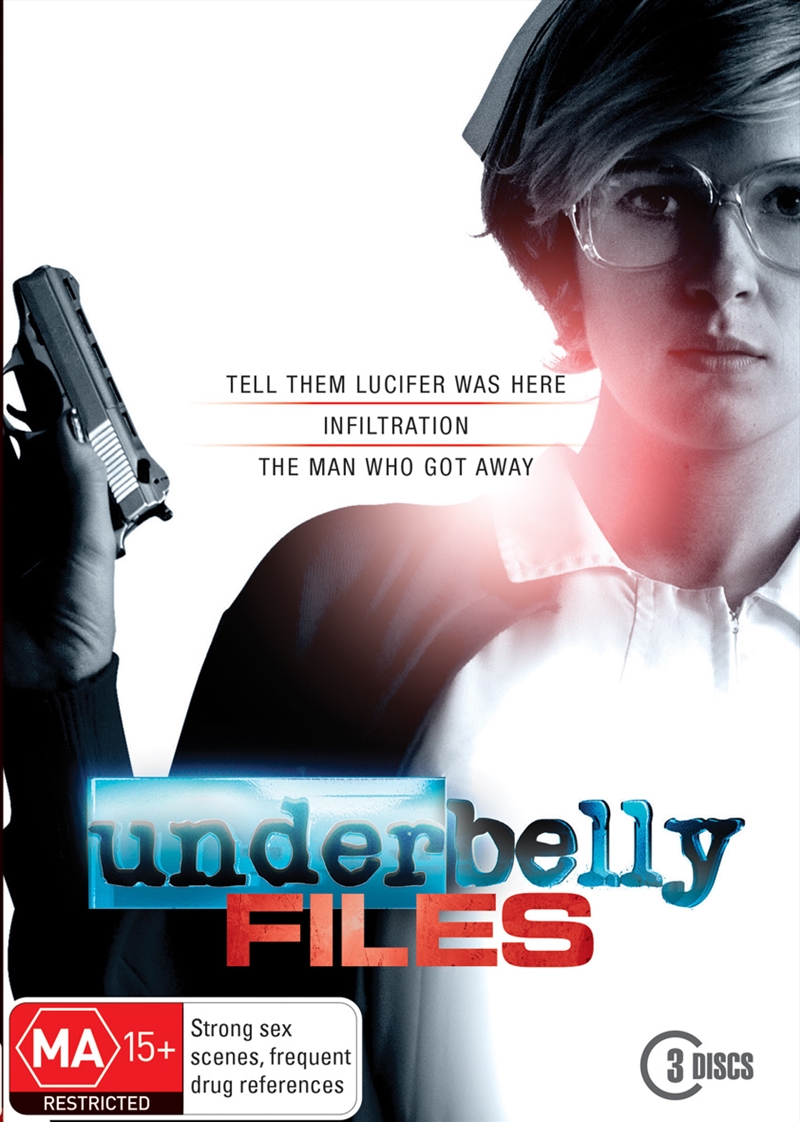 Shipping - See delivery options.
Postcode:
Quantity:
SEE MORE IN:
Underbelly
Underbelly Files:
1. TELL THEM LUCIFER WAS HERE - Recounts the tragic story of the 1998 vicious murders of Victoria Police officers, Senior Constable Rod Miller and Sergeant Gary Silk, and centres on the enormous efforts of Operation Lorimer in finding the killers and bringing them to justice.
2. INFILTRATION - The true story of Colin McLaren.. Posing as a shady art dealer, Victorian detective, Colin McLaren, infiltrates the Australian branch of the Calabrian Mafia, and in doing so, embarks upon the most dangerous, gut-wrenching, journey of his life.
3. THE MAN WHO GOT AWAY - Extremely intelligent and charming, McMillan came from a privileged background. He could have been anything, but instead chose a life of crime, which earned him a spot on Interpols Top Ten Most Wanted list whilst still in his early twenties.