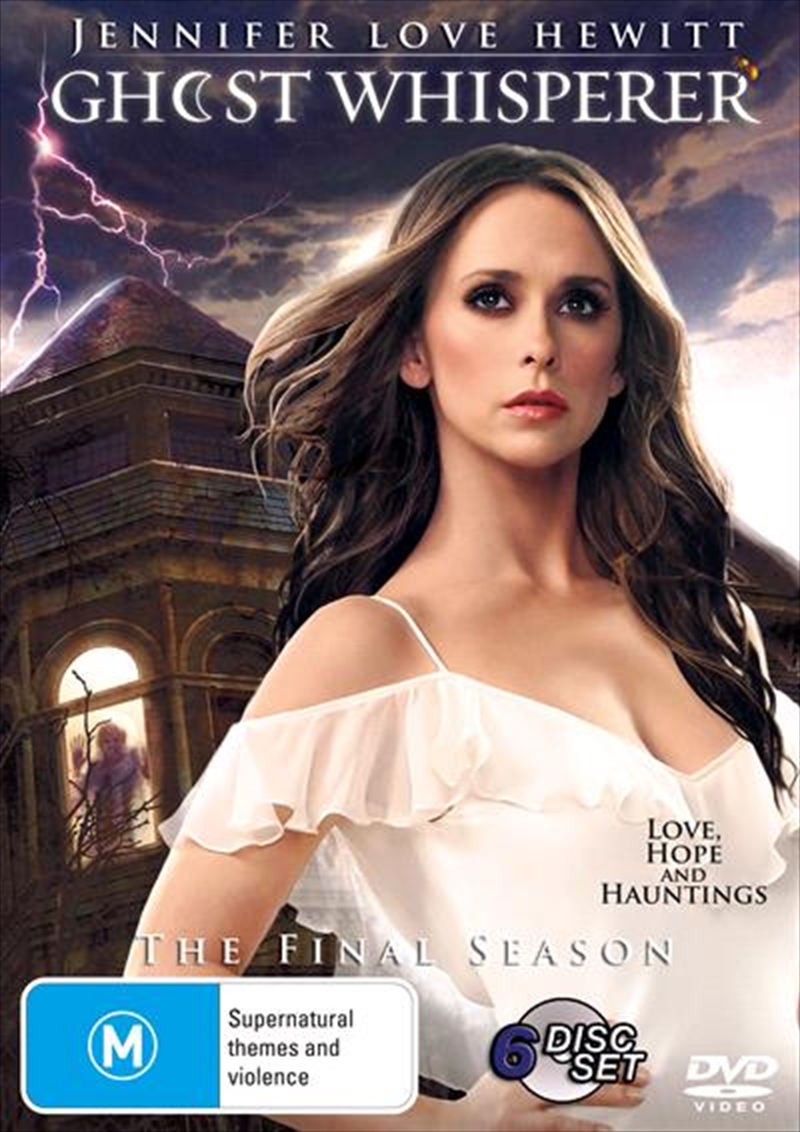 Shipping - See delivery options.
Postcode:
Quantity:
SEE MORE IN:
2 for $40 TV All 2 for $40
DESCRIPTION
&lt;H3&gt; Ghost Whisperer Season 5 DVD - On Sale Now With Fast Shipping&lt;H3&gt;
The dead are talking...and she is listening.

Reluctant ghost whisperer Melinda Gordon (Jennifer Love Hewitt) continues to help the spirits of the deceased wrap up any unfinished business so they can move to the other side in the fifth season of this popular supernatural series. Melinda's baby is born, but five years later she still fears his birthday curse. While trying to give Aiden a normal childhood and help him deal with his gift, she finds herself battling a ghost for his life.Melinda deals with a ghost who believes an email caused her death and her mother's coma and is intent on spreading the misery. After Eli's father dies he refuses to cross over without seeing his wife, opening up a Pandora's box of family and friend complications that Eli's mother had taken with her into death...
DETAILS