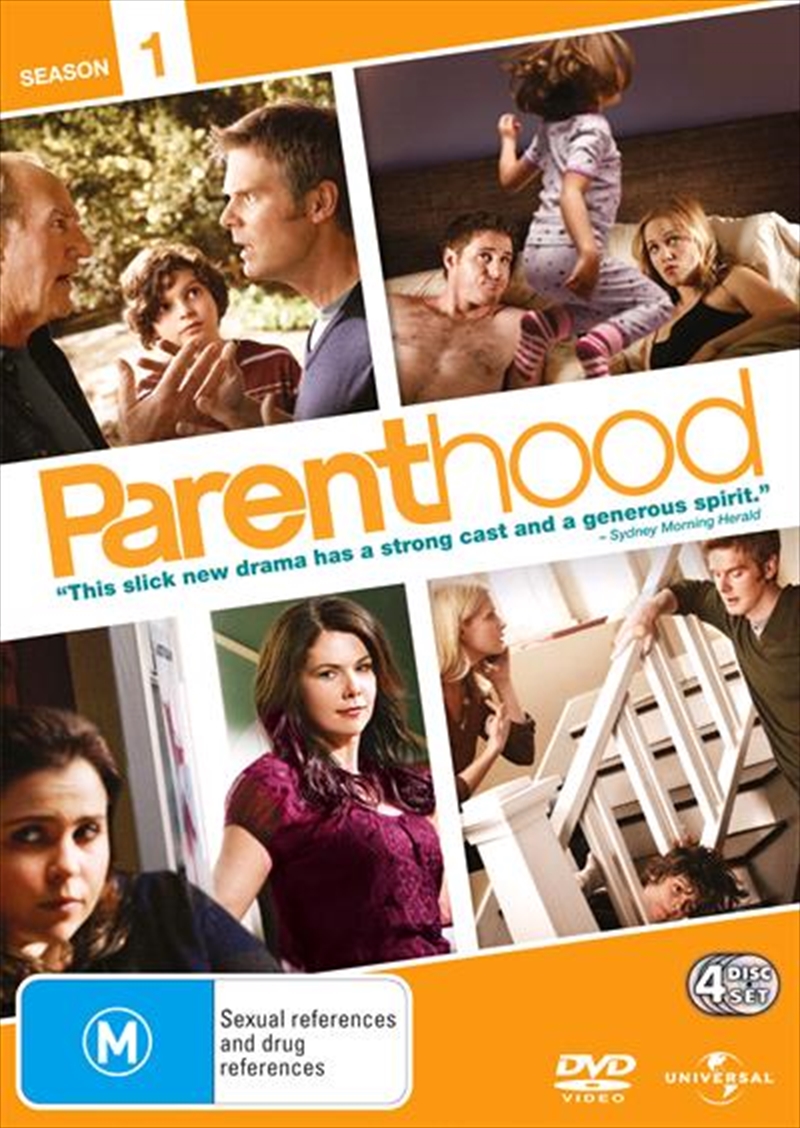 DESCRIPTION
&lt;H3&gt; Parenthood Season 1 DVD - On Sale Now With Fast Shipping&lt;H3&gt;
From executive producers Ron Howard, Brian Grazer and Jason Katims comes the refreshingly original hit series that critics hail as hilarious and heartbreaking (In Touch Weekly) and in a class of its own (Mary McNamara, Los Angeles Times). Featuring an all-star ensemble cast, including Lauren Graham (Gilmore Girls), Peter Krause (Six Feet Under), Dax Shepard(Baby Mama) and Craig T. Nelson (Coach), Parenthood follows four grown siblings of the far-from-perfect Braverman clan as they try to balance kids and careers, dreams and commitments, and romance or a total lack thereof. Join some of the best actors on television for a genuinely funny and heartwarming journey through the most challenging and rewarding role of a lifetimebeing a parent.
TRAILER
DETAILS