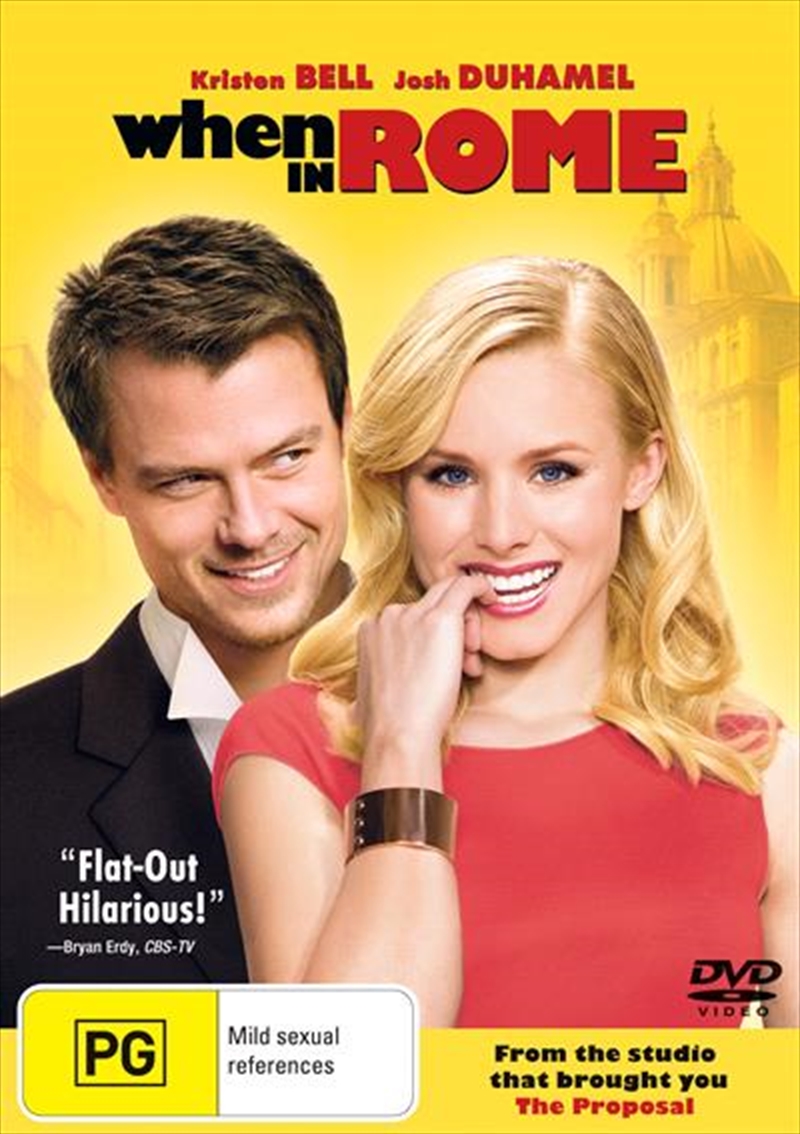 SEE MORE IN:
3 for $30 Movies & More Best Romcoms
DESCRIPTION
Did you ever wish for the impossible?

Bring home the must-own romantic comedy of the year, filled with wildly funny twists and turns! When Beth, an unlucky-in-love New York curator (Kristen Bell), takes a whirlwind trip to Rome for her sister's wedding, an unexpected crush takes her by surprise. Quickly let down, she defiantly plucks coins from the Fontana de Amore, magically igniting the passions of some comically unsuitable suitors. As a charming reporter (Josh Duhamel) becomes zealously smitten, Beth is skeptical that he's the real deal. Don't miss hilarious performances from an all-star cast you'll want to see again and again.
TRAILER
DETAILS

Title: When In Rome