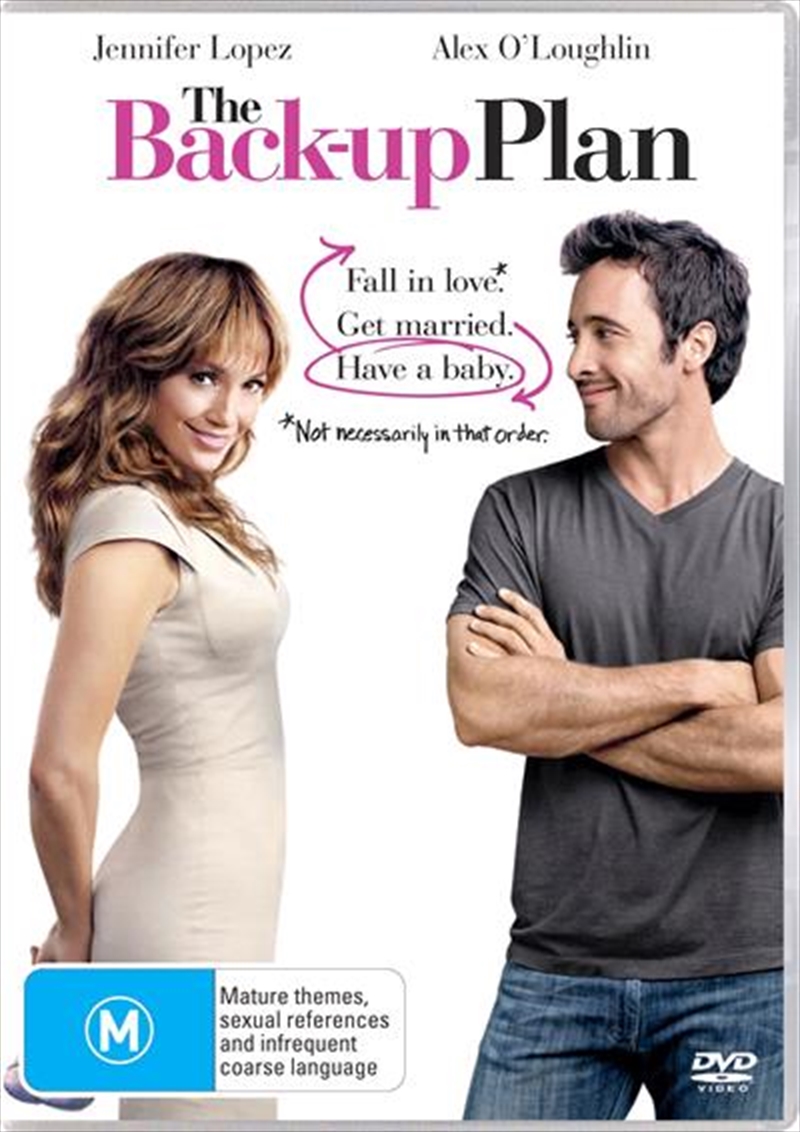 Shipping - See delivery options.
Postcode:
Quantity:
SEE MORE IN:
Jennifer Lopez 3 for $20 Movies & More
DESCRIPTION
Fall in love. Get married. Have a baby. Not necessarily in that order.

Jennifer Lopez stars as Zoe, a single New Yorker who dreams about meeting Mr. Right, having a baby and living happily ever after. But after a string of Mr. Wrongs, Zoe commits to her back-up plan: to take on motherhood alone. Zoe's plan proves far from foolproof when moments after her procedure she's swept up into a whirlwind romance with Stan (Alex O'Loughlin), the man of her dreams. Can Zoe hide her pregnancy until Stan is ready for the truth? Or will the truth send him packing? The Back-Up Plan is a hilarious romantic comedy about courtship, love, marriage and parenthood - but not necessarily in that order!
TRAILER
DETAILS