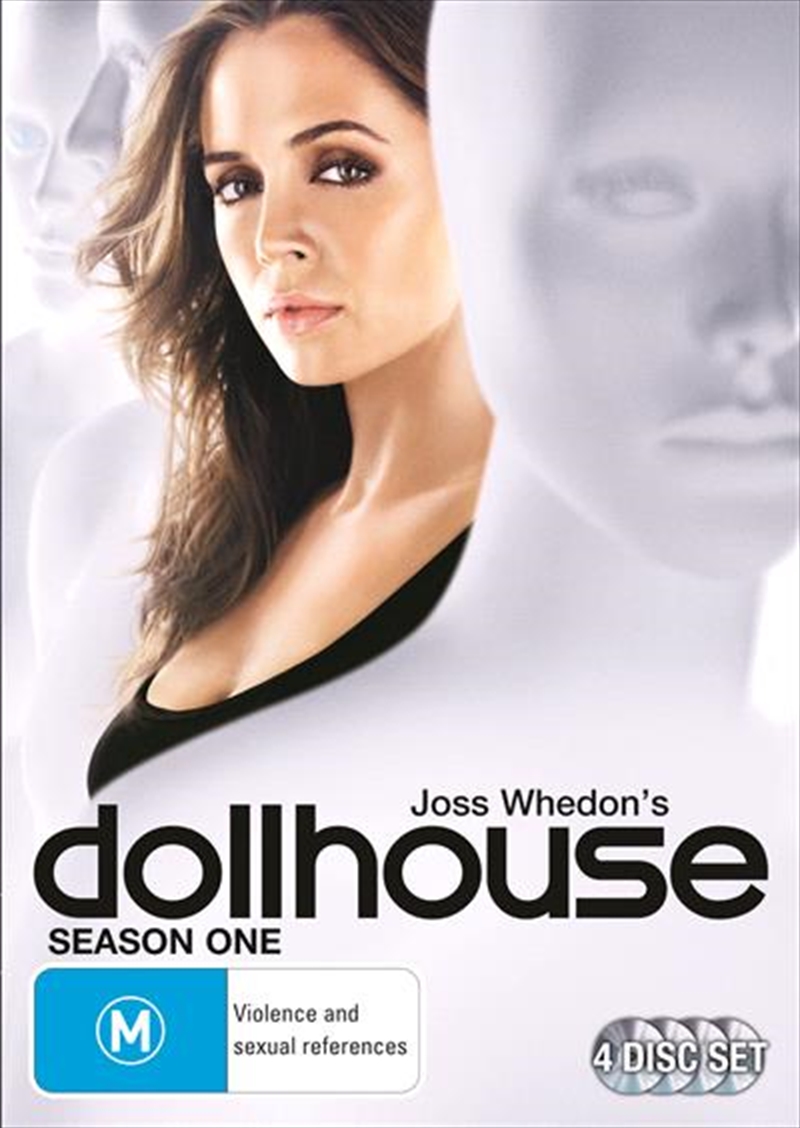 Shipping - See delivery options.
Postcode:
Quantity:
SEE MORE IN:
3 for $40 TV
DESCRIPTION
She can be anyone, except herself.

From Joss Whedon comes a new groundbreaking show starring Eliza Dushku as Echo, a member of a highly illegal and underground group of individuals who are imprinted with personalities which are then wiped clean after returning from various missions. The show follows an organization that employs mind-wiped humans known as Dolls who are implanted with false memories and skills for various missions and tasks. When they are not 'at work' they are living in a real life Dollhouse which gives the show the name. One of those mind-wiped humans, a young woman named Echo, is slowly starting to become aware of herself and what's going on - all the while somebody on the outside is trying to bring the Dollhouse down while getting closer to Echo - possibly not aware that she is one of the Dolls he is after.
DETAILS