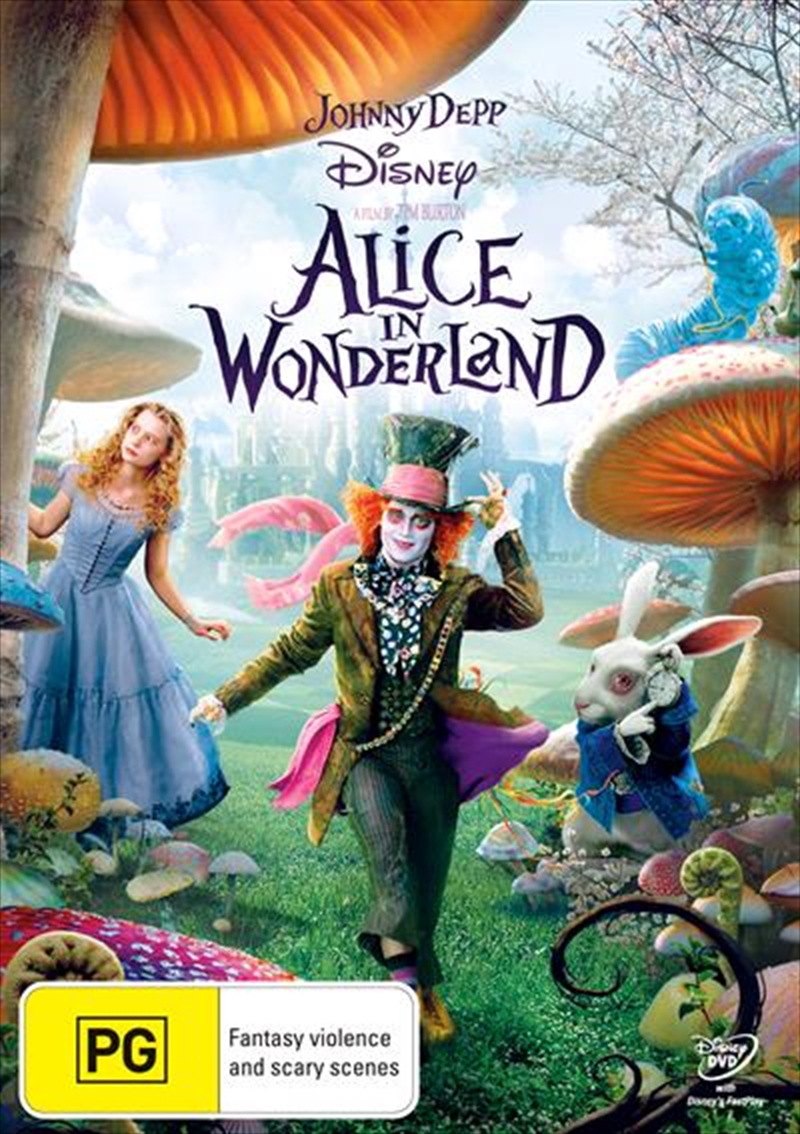 SEE MORE IN:
Alice In Wonderland 3 For $30 Movies & More Alice Through the Looking Glass
DESCRIPTION

For 19-year-old Alice Kingsley (Mia Wasikowska), life is about take a turn for the unexpected. Proposed to by Hamish, the worthy but dull son of Lord and Lady Ascot, during a Victorian garden party thrown in her honor, Alice flees without giving an answer, heading off after a rabbit she's spotted running across the lawn, wearing a waistcoat and a pocket watch.

Following the White Rabbit (voiced by Michael Sheen) across a meadow, Alice watches as he disappears into a rabbit hole, then suddenly finds herself pulled down after him, tumbling through a strange, dreamlike passage before landing in a round hall with many doors. After a spot of bother involving a bottle labelled "DRINK ME", whose contents shrink her, and a cake with the words "EAT ME" iced on top which makes her grow, Alice eventually finds her way through a door into a wondrous and fantastical world known to its inhabitants as Underland. There, she meets a menagerie of colourful characters, from a swashbuckling Dormouse to an off-his-rocker Mad Hatter (Johnny Depp), from a grinning Cheshire Cat (voiced by Stephen Fry) to a hookah-smoking caterpillar called Absalom (voiced by Alan Rickman), from a creepy White Queen (Anne Hathaway) to her spiteful older sister, the Queen Of Hearts (Helena Bonham Carter), the petulant ruler of Underland.