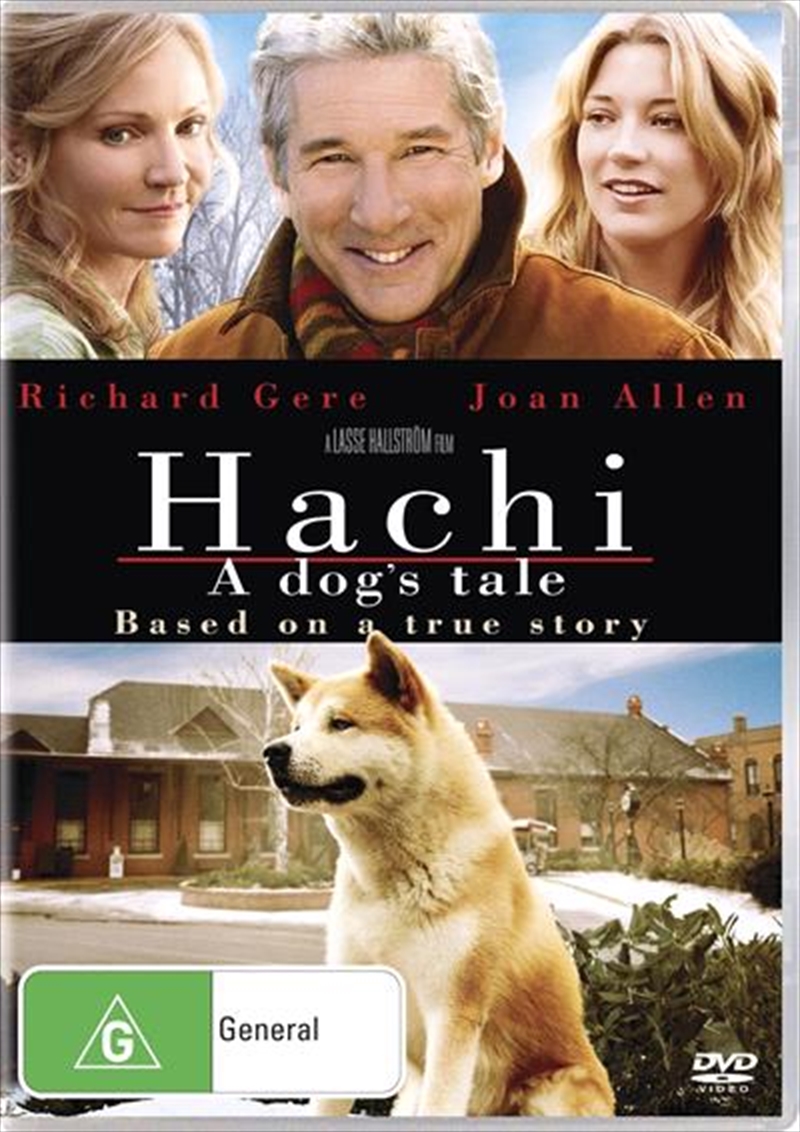 From Academy Award-nominated director Lasse Hallstrm (2000, The Cider House Rules) comes HACHI: A DOGS TALE, a film based on one of the most treasured and heartwarming true stories ever told. Golden Globe winner Richard Gere (2002, Best Actor in a Musical or Comedy, Chicago) stars as Professor Parker Wilson, a distinguished scholar who discovers a lost Akita puppy on his way home from work. Despite initial objections from Wilsons wife, Cate (Academy Award nominee Joan Allen 2000, Best Actress, The Contender), Hachi endears himself into the Wilson family and grows to be Parker's loyal companion. As their bond grows deeper, a beautiful relationship unfolds embodying the true spirit of family and loyalty, while inspiring the hearts of an entire town.
TRAILER
DETAILS