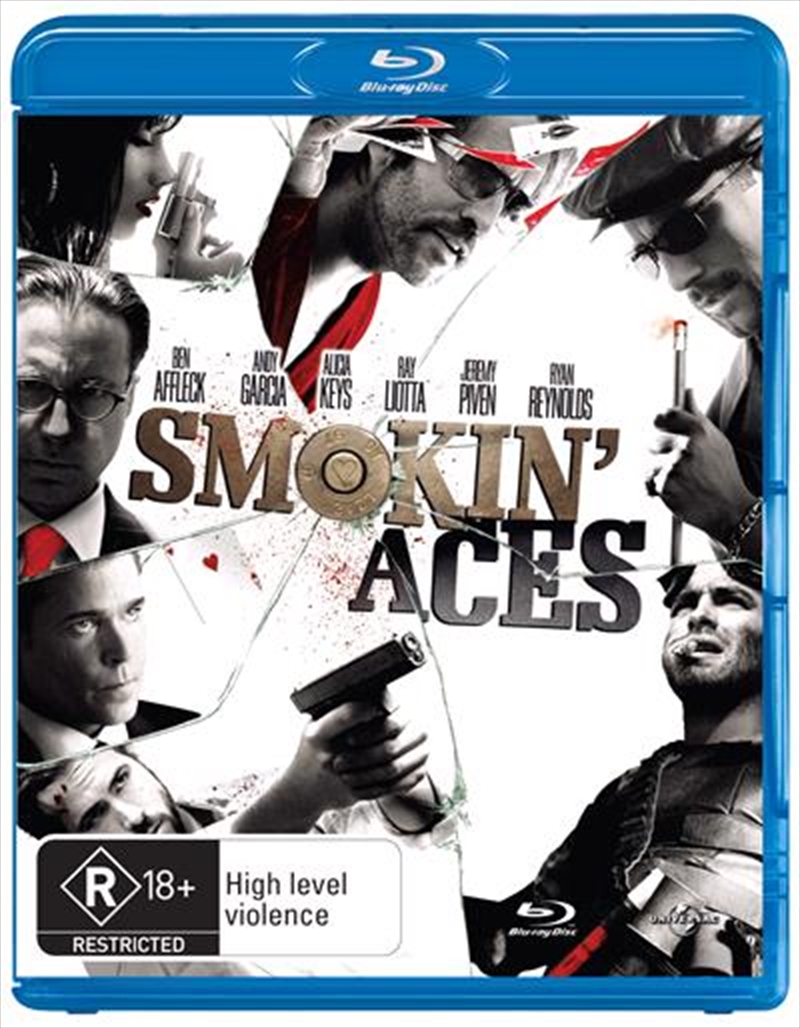 An incendiary array of starsincluding Ben Affleck, Andy Garcia, Ray Liotta, Jeremy Piven, Ryan Reynolds, Peter Berg, Martin Henderson, Taraji Henson and, in their motion-picture debuts, Alicia Keys and Commonstar in SMOKIN ACES, the new dark action comedy from Joe Carnahan, the acclaimed director of Narc. In these interlocking tales of high stakes and low lifes, Mob boss Primo Sparazza has taken out a hefty contract on Buddy 'Aces' Israel (Piven)a sleazy magician who has agreed to turn states evidence against the Vegas mob. The FBI, sensing a chance to use this small-time con to bring down big-target Sparazza, places Aces into protective custody-under the supervision of two agents (Reynolds and Liotta) dispatched to Aces' Lake Tahoe hideout. When word of the price on Aces head spreads into the community of ex-cons and cons-to-be, it entices bounty hunters, thugs-for-hire, smokin hot vixens and double-crossing mobsters to join in the hunt. With all eyes on Tahoe, this rogues' gallery collides in a race to hit the jackpot and rub out Aces.
TRAILER
DETAILS