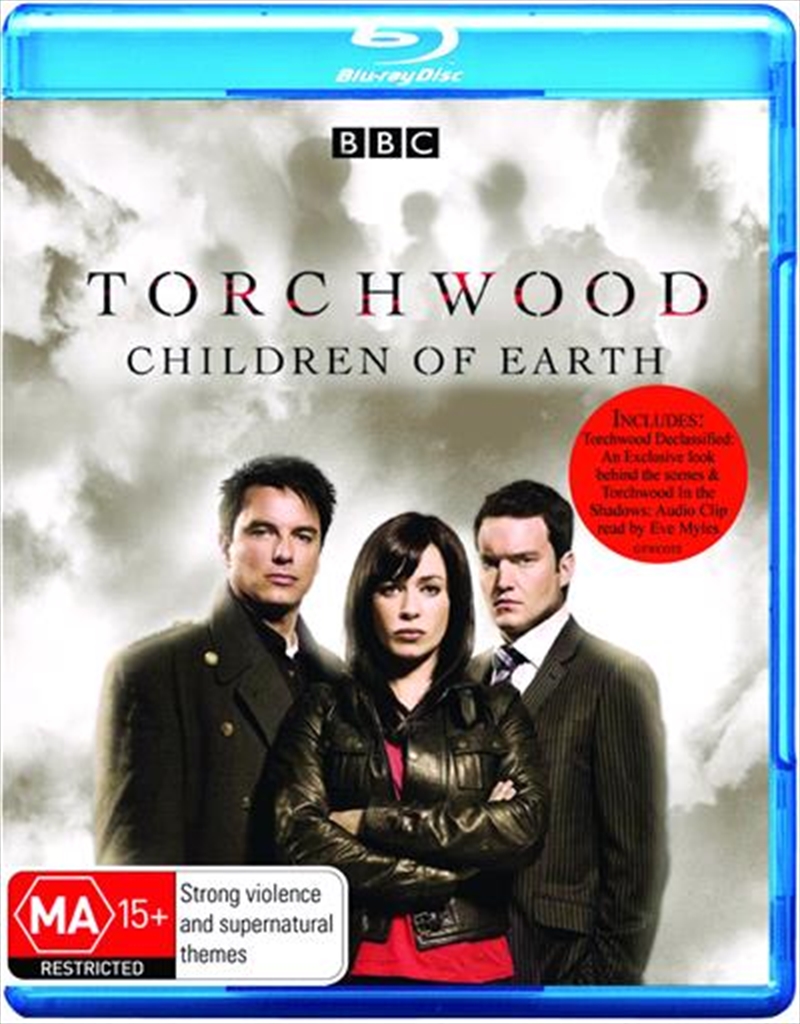 DESCRIPTION
&lt;H3&gt; Torchwood Children of Earth Blu Ray - On Sale Now With Fast Shipping&lt;H3&gt;
The 21st century is when it all changes

Torchwood returns for a 3rd series of 5 episodes, and the team face their fiercest threat to date - saving the planet, one alien at a time. 1965: 12 children are gathered together on a deserted moorland, before being surrounded by a harsh, bright light, and then they are gone! Today: All over planet Earth, children stop moving. Stop playing. Stop laughing. Stop everything. Then, as one, they begin to speak with the same voice, announcing to the governments of the world the imminent arrival of a new alien threat. 'We Are Coming, We Are Coming' As the British Government closes ranks, it issues a death warrant against Captain Jack and Torchwood.
TRAILER
DETAILS