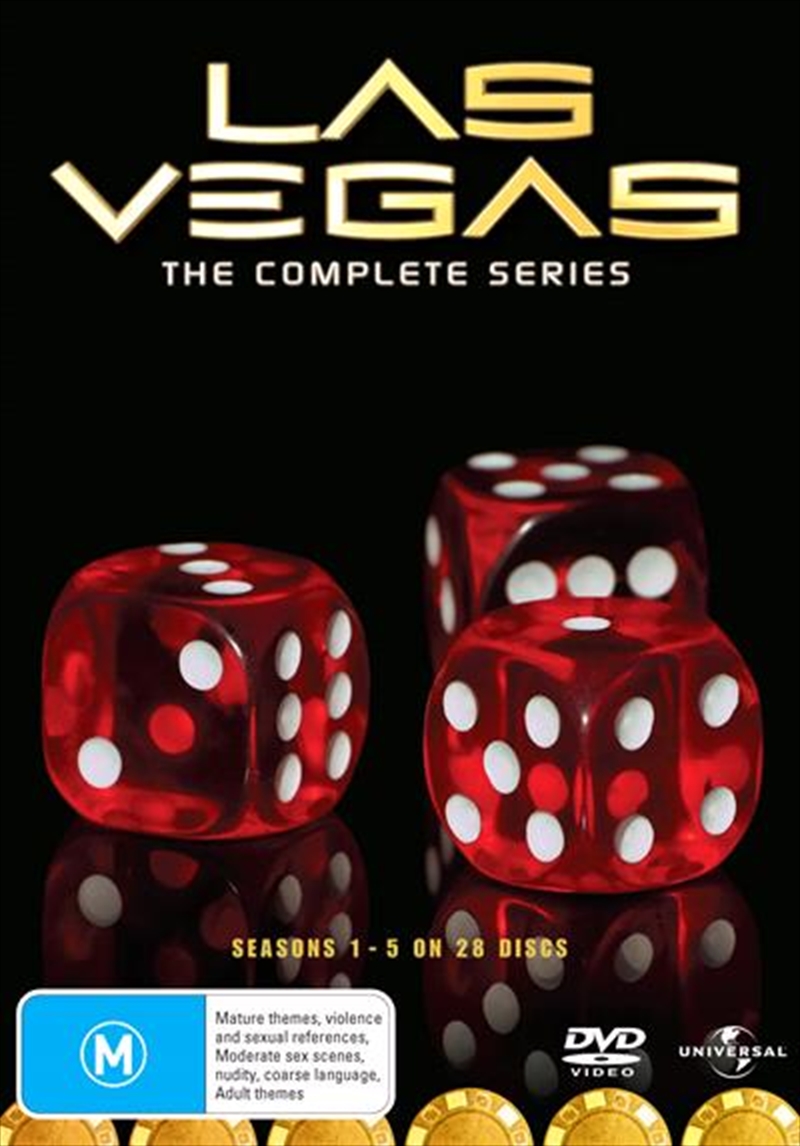 Shipping - See delivery options.
Postcode:
Quantity:
SEE MORE IN:
Up To 50% Off Boxsets
DESCRIPTION
Las Vegas: Season 1 (2003) Take a spin on the wheel of TVs most electrifying series ever, Las Vegas.
The slots are hot and the girls are even hotter in this brand-new uncut DVD collection of the entire first season, staring some of todays biggest starts. Follow the fast paced exploits and action-packed escapades at the Montecito Hotel and Casino with an elite Las Vegas surveillance team, led by commanding Big Ed Deline (James Caan) and his slick, good-looking right-hand man, Danny McCoy (Josh Duhamel). Along with the sexiest support team to hit the Strip, theyre out to catch card-counting cheaters, costly streaks of random luck and the schemes of rival casinos. Its Sin City like youve never seen it before.Las Vegas: Season 3 (2004) What happens in Vegas...is now yours to own as the sizzling third season of Las Vegas comes to DVD in Dolby Digital 5.1 Surround Sound with sexy uncut and uncensored footage you couldn't see on TV! Join Ed (James Caan), Danny (Josh Duhamel), Mary (Nikki Cox), Delinda (Molly Sims), and Sam (Vanessa Marcil) in 23 fast-paced episodes as they take on the high-stakes swindlers, card sharks, and hostile takeovers at the Montecito Resort and Casino. Checking in for the excitement are such glamorous guest stars as Lara Flynn Boyle, Dean Cain, Ron Jeremy, Cheryl Ladd, Rachael Leigh Cook, Dennis Rodman, and more! It's time to call on Lady Luck, take a spin at the wheel, and place your bets on the cast TV Guide calls "...the coolest casino crew on TV.Las Vegas: Season 2 (2004) Televisions hottest drama, Las Vegas is back with all 24 episodes of the thrilling Second Season, and the stakes are higher than ever!
Rejoin the red-hot surveillance team of the Montecito Resort and Casino as they take on more card-counting crooks, uncover secrets from the past, solve murders and teach topless employees how to move all while maintaining security 24-7. Its Sin City action like youve never seen before with guest stars Sylveste
TRAILER
DETAILS