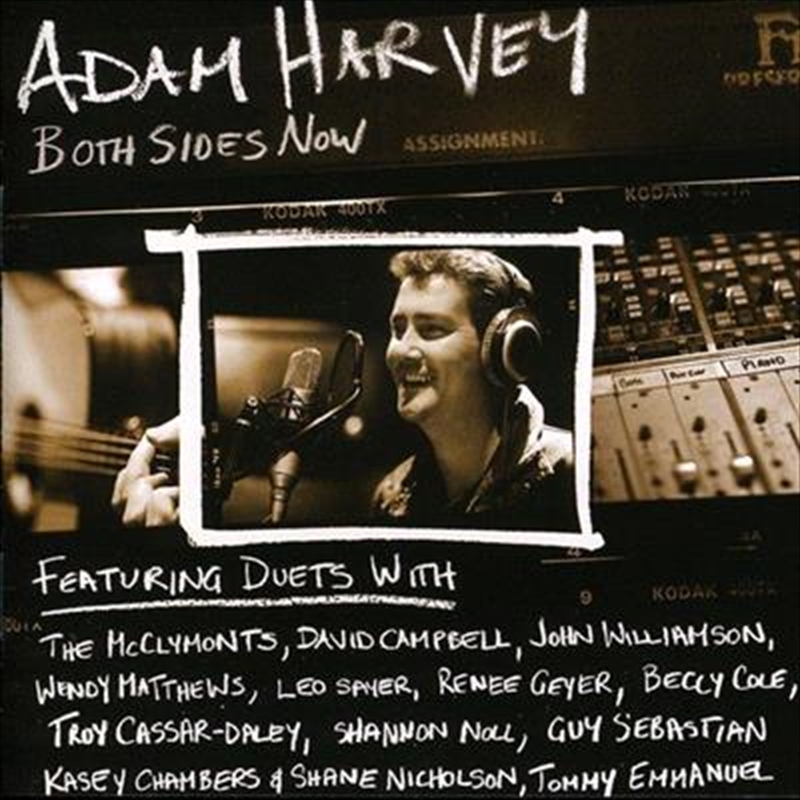 Shipping - See delivery options.
Postcode:
Quantity:
SEE MORE IN:
2 for $25 Music Adam Harvey
For Both Sides Now, Adam has assembled the likes of Kasey Chambers, John Williamson, Shannon Noll, Beccy Cole, Troy Cassar-Daley, Wendy Matthews, David Campbell, Renee Geyer and Guy Sebastian for an unforgettable set of classic songs performed by classic Australian voices. It was his appearance last year as a mentor on TV's celebrity singing competition It Takes Two that gave Adam a taste of performing outside his chosen genre, as well as exposing the multi Golden Guitar Award winner to an even broader audience.

Stuck In The Middle

Move It On Over

Down On The Corner

King Of The Road

It's All Over Now

In The Jailhouse Now

Have I Told You Lately