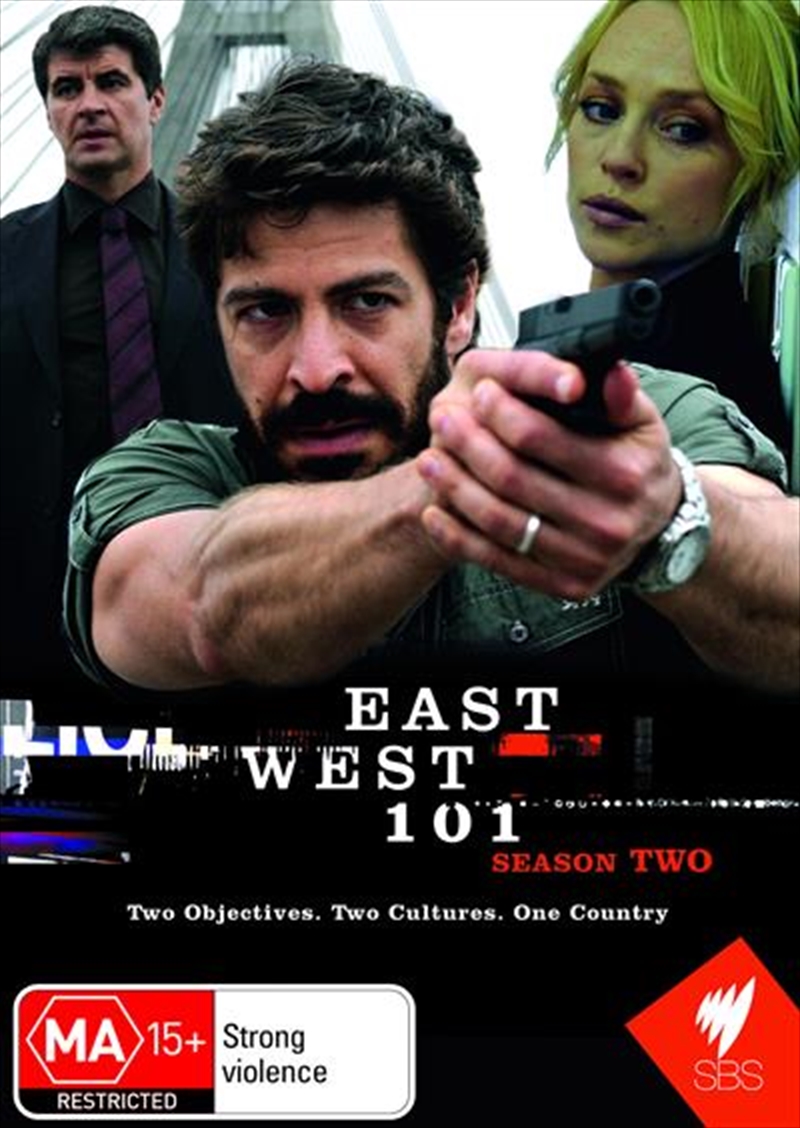 In Season Two, East West 101 expands to seven episodes as the Major Crime Squad investigate crime and murder in all quarters of multi cultural Sydney.

But overarching all is the quest for Detective Zane Malik to find the truth behind a car bomb attack which kills two men. The Major Crime Squad form a joint task force with the NSO (National Security Organisation) to deal with the crime. There is paranoia in the city and fallout on the Muslim community. Malik knows that in order to stop the circle of hate, he must solve the crime. Was the bomb really an act of extremists, as the media suggest, or a sophisticated killing by a career criminal? Malik doggedly pursues the truth until he, too, becomes a target.

Inspector Patricia Wright questions his motives but her vision is clouded by personal issues she wants to remain hidden from the squad. Crime has touched her own family. She?s burying her grief in the arms of a new man in her life, Agent Richard Skerritt. Malik feels alone, and not even his trusty sidekick, Koa, is able to protect Malik from himself. Malik won?t stop the investigation he has started and his life is put on the line as he discovers the issue of national security is behind the murder. But this issue is complex and Malik is confronted with the acts of both sides ? of Islamic extremists and hard core Protectionists as his quest comes to a dramatic conclusion.